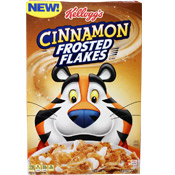 I'm gonna say it anyway, so I'll get it out of the way. They're great.

It's Frosted Flakes with added cinnamon - nothing more and nothing less.

I liked this cereal a lot. Cinnamon Toast Crunch remains the gold standard of cinnamon cereals. But this new variety of Frosted Flakes is definitely worth a try if you like cinnamon. 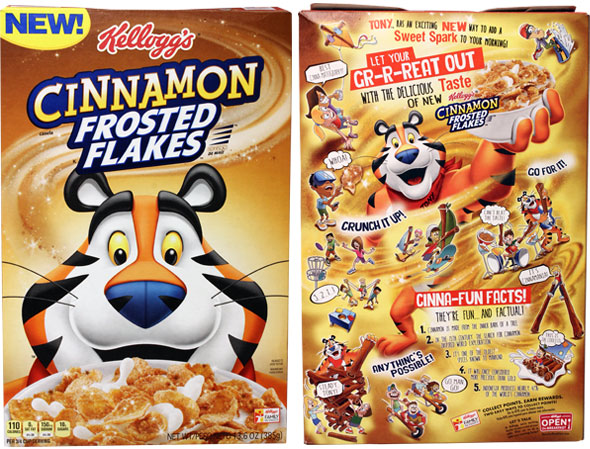 Comments About This Product Review
What do you think of Cinnamon Frosted Flakes?
By cc.

I love this better than regular Frosted Flakes!

Tastes more like a cinnamon-bun candle. It's a bit over-powering and has a certain artificial taste to me. I probably won't buy this again.

I love this cereal.

Pretty bad. Texture is horrible. Hard to eat. Threw away almost 3/4 of the box.

Finally got a box and they're horrible. They taste like maple flavor and nothing else. The smell when you open the wrapper will take your breath away. Could NOT taste any cinnamon whatsoever. I'm taking it back for a refund. A lifetime Frosted Flakes eater has just left the building!

Hear, Hear! I completely agree. I'm quite pleased with the balance of cinnamon and sweet and malted barley and corn. Well played, Kellogg's!