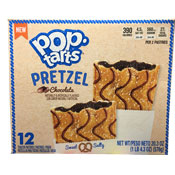 I tried two varieties of Pretzel Pop-Tarts: Cinnamon Sugar and Chocolate. Of the two varieties, I narrowly preferred the Chocolate. The package for both make the bold claim: "Sweet + Salty Pretzel = Mind. Blown." Was my mind blown?

The pastries smelled terrific in the toaster. They came out with a beautiful brown color that reminded me of homemade baked goods.

Both varieties suffer from a lack of filling. There's enough to get the tastes promised, but not enough to provide enough "Sweet" to contrast the salty effectively. While the pastry casing is totally enjoyable, it too lacks the right amount of "Salty" to provide the mind-blowing contrast promised. While I hoped for sweet and salty in each bite, the experience was more of a salty bite, then a sweet bite, then a salty bite and so on.

The Chocolate variety just barely beat out the Cinnamon Sugar variety because it did provide just a little more sweetness. While not super chocolatey due to lack of filling, the chocolate that is there is very nice. 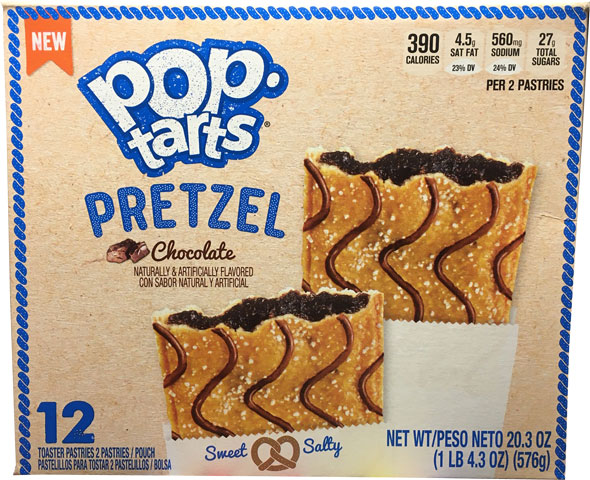 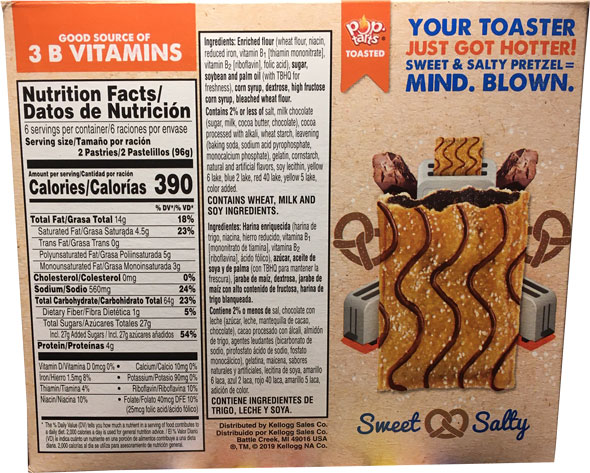 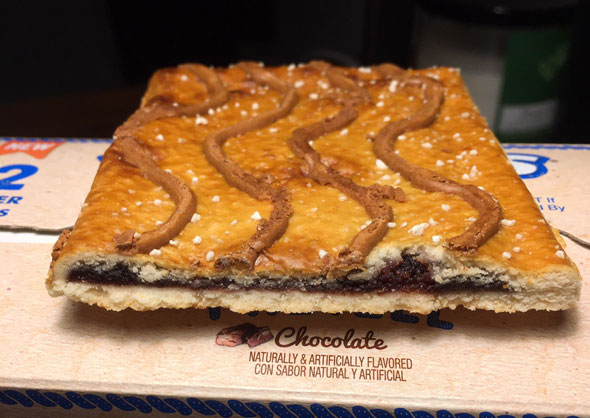 The Cinnamon Sugar filling in these Pop-Tarts appears to be that same filling in Brown Sugar Cinnamon Pop-Tarts (without a Pretzel crust). That filling, as you probably know, is pretty good. 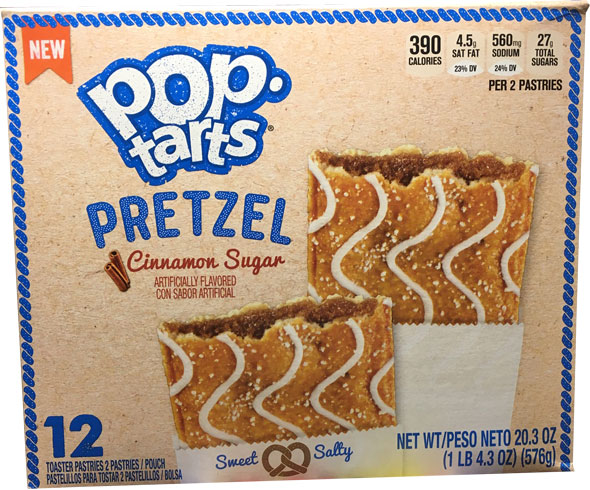 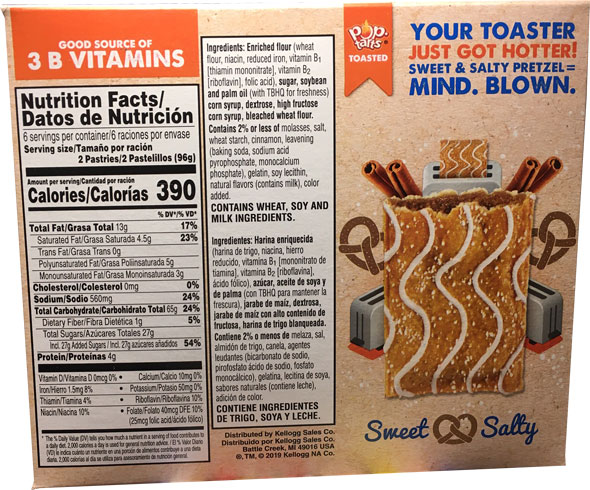 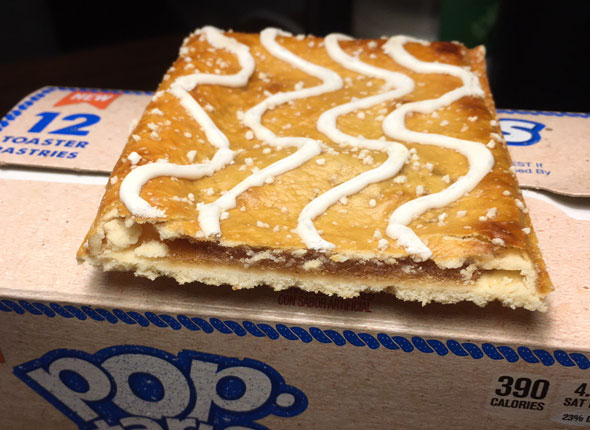 Overall, these Pretzel Pop-Tarts are pretty good. But they don't feel like an indulgence. My hopes for a better, more fun Pop-Tart were dashed. Other Pop-Tarts are better. Mind. Not Blown.

Comments About This Product Review
What do you think of Pretzel Pop-Tarts?
There are no comments yet for this product. Be the first! Was it awesome? Just okay? Was it bad? Let the world know!