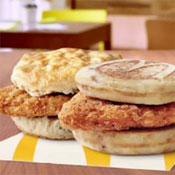 Today, I tried McDonald's Chicken McGriddle and McChicken Biscuit sandwiches. They were two for $3.00. Although they've been promoted on television, they were not on the menu at the McDonald's I visited. I had to ask about them and they knew what I was talking about. 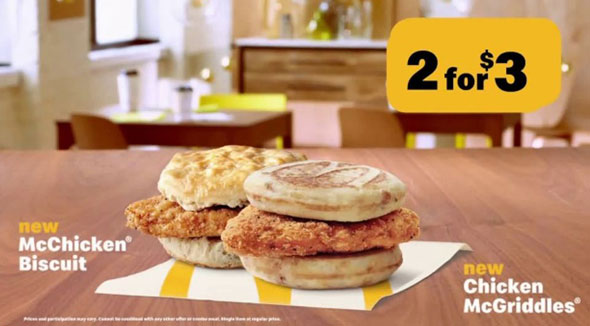 The Chicken McGriddle is very satisfying. A little heat from the pepper in the chicken patty contrasts wonderfully with the maple sweetness in the McGriddle bun. While it's not a traditional breakfast sandwich by most people's standards, the distinct maple flavor makes it tastes like a breakfast item. Each bite is substantial. It feels good. It tastes good. This one is a winner. 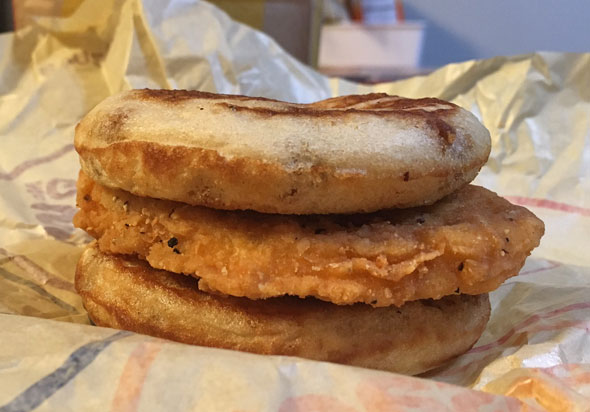 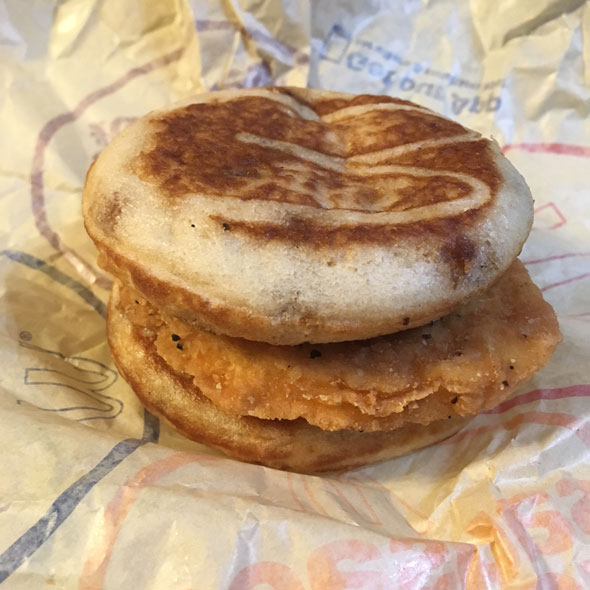 The McChicken Biscuit is a bit boring by comparison. The texture of the biscuit and chicken are somewhat similar and there is much less contrast in flavors. The dominate flavor is the biscuit. The biscuit could have been fluffier and it was sometimes hard on the edges. Overall, this is a nice, comforting sandwich, but it's kind of plain. If you're going for a McDonald's biscuit sandwich, I'd recommend you choose the Sausage Biscuit instead. It's much better. 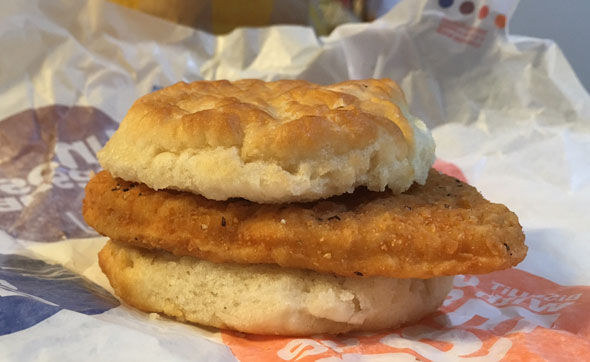 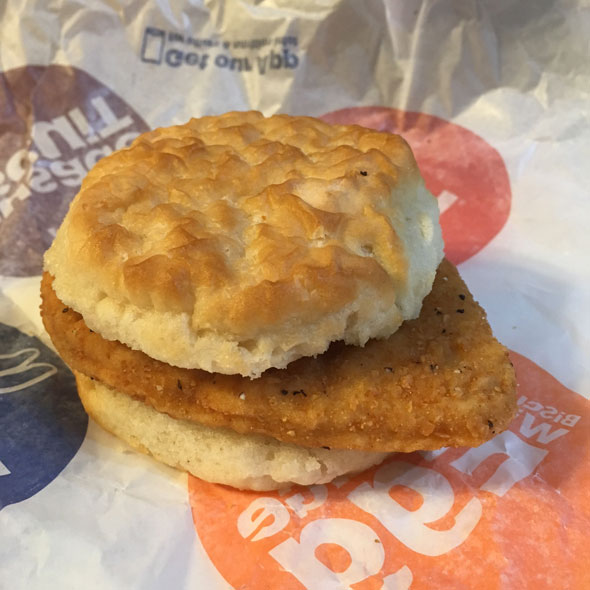 I give the the Chicken McGriddle a ranking of 7 out of 7. The McChicken Biscuit gets a 5 out 7. The combined score for McDonald's Chicken Breakfast Sandwiches is 6 out of 7 and that's a really good score.

Comments About This Product Review
What do you think of McDonald's Chicken Breakfast Sandwiches?

I have had the Chicken McGriddle and it tasted very, very good.

Lousy GROUND CHICKEN PATTY. Spicy seasoning in coating not appetizing. Biscuit without even butter - dry and AWFUL! Will not ever buy again - ended up in the garbage!

I tried this Sandwich at the Reno airport on Saturday Jan 25. 2020. This was the worst McDonald product I have ever eaten. The muffin was dry and the chicken patty was about 1/8th of an inch thick with dried coating and very little chicken. I think better patties could be purchased at the frozen section of the Dollar Store.

I love the Egg McMuffins. I will have to try these.