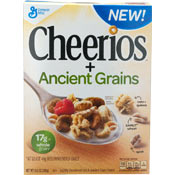 For the most part, I enjoyed this cereal. The overriding flavor came from the good old, all-American, traditional Cheerios pieces. The oat and quinoa clusters added an occasional crunch. All of the added extra "Ancient Grains" lend much more to the texture of the cereal than to the taste.

If this cereal has a failing, it's that the different components don't always seem to work together in individual bites. You get some soft puffed wheat textures mixed with crunchy clusters along with the middle-of-the-road texture of the Cheerios. Some people may find this fun. Others will find it annoying. The texture differences increase as the cereal softens in milk. The Cheerios soften as the clusters maintain their crunch.

In the end, this cereal is just alright. Almost every other variety of Cheerios offered today is a little bit better - including original Cheerios, Honey Nut Cheerios and the new Cheerios Protein cereals that were introduced last summer. If you're interested in incorporating "Ancient Grains" into your diet, there’s a 70/30 chance you'll like this cereal. If you're in it for the flavor, grab a different kind of Cheerios. 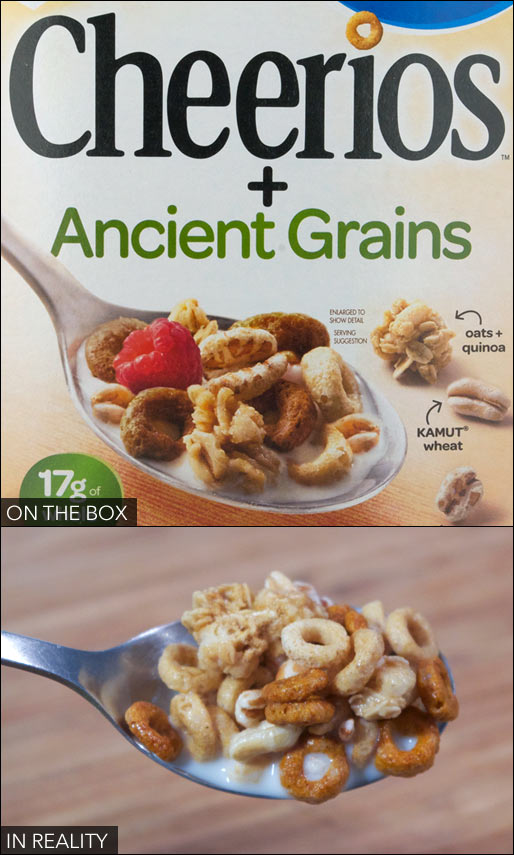 Comments About This Product Review
What do you think of Cheerios + Ancient Grains?
By B. Reeves

I can not find this product anywhere.

My favorite cereal! Love the different textures and favor.

Upset that they discontinued the Banana Nut Cheerios, so I tried the Ancient Grains looking for a replacement. It seemed ok - dry but when I added milk it was awful. No taste and felt like mushy cardboard. I had to throw it out. Yuck.

It was okay. It's not very sweet but I like the different textures. I won't struggle to eat the rest of the box, but considering there's no real increased health benefit, I probably won't buy it again.

This tastes just right and is a great snack. Please keep this one around.

It's the best cereal I've ever tasted. Just wonderful! Please, Cheerios, keep this one around - wow!

Very good not too sweet just right. Will make it a regular item for my breakfast or late night cereal craving.

By unlocking the power of ancient grains, General Mills is toying with forces it cannot understand or hope to control.

Just finished my first box. I really liked it, which means I will likely never locate another one.

I like it a LOT and will plan on buying it regularly if it sticks around!

I don't know if it's just because I'm such a quinoa nut, but I really liked this cereal.