The Best Cups Are Made From Bacon

I love using muffin tins to make things other than muffins.  They’re really under utilized as a breakfast tool.  Whether you’re making Mini Frittatas or some other baked egg concoction, it’s really convenient to get individual-sized portions out of each muffin cup. 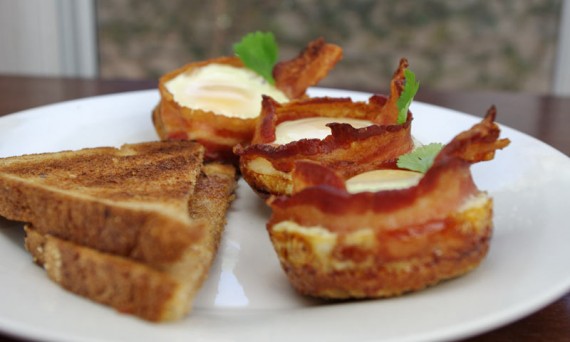 The featured recipe today is called Bacon Breakfast Cups.  It’s breakfast basics – bacon, eggs and toast – put together so that the bacon forms a cup to hold the egg.  I liked having the option to actually eat these like muffins, so I used a toast round in the bottom of each cup to give a little more support.  The toast can be completely omitted if desired. 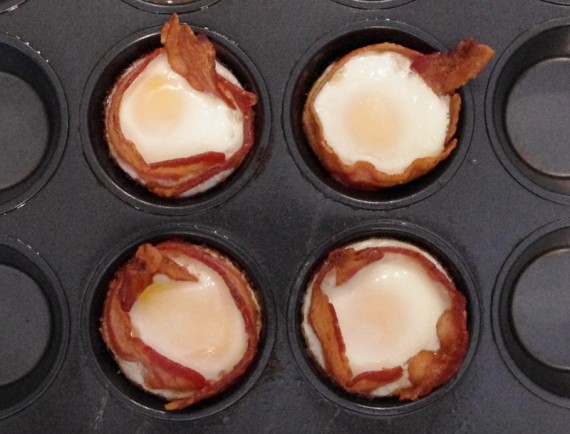 It’s an easy recipe, but just a little time consuming.  The bacon has to be fried until almost crisp and then the baking time once you make your cups is 18 to 20 minutes.  For the novelty of having a cup made of bacon, I found it to be time well spent. 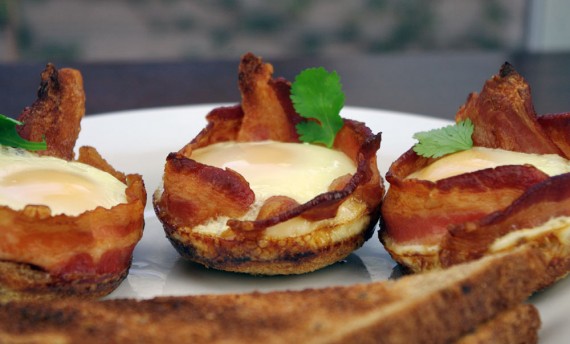 “Life expectancy would grow by leaps and bounds if green vegetables smelled as good as bacon.” – Doug Larson

“When you’re in my house you shall do as I do and believe who I believe in. So Bart butter your bacon.” – Homer Simpson 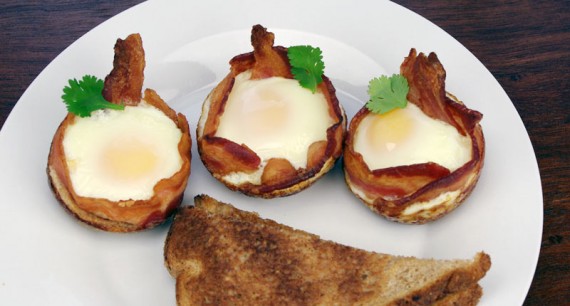 I made bacon cups again this morning and thought I’d share some new pictures.  This time, I made them without the bottom layer of toast.  These are just straight-up bacon and eggs as nature intended. 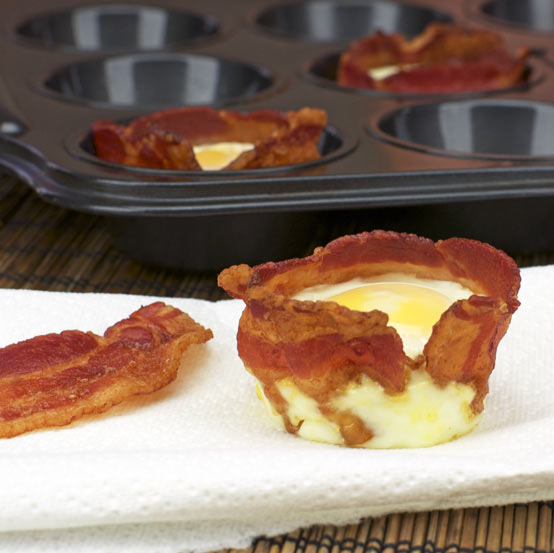 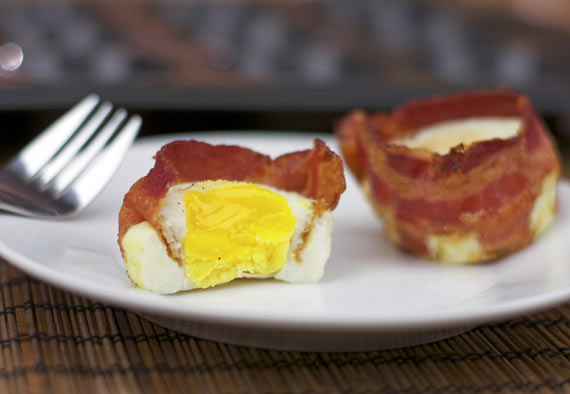