I was very excited to open my mail this morning.  General Mills sent me this year’s boxes of Count Chocula, Franken Berry and Boo Berry Cereals.  The cereals themselves haven’t changed since last year, but the packaging is updated in a great way.

The cereals partnered with artists from DC Comics to give each monster a fresh look.

My favorite is Count Chocolate who is more expressive than in the past.  His huge nose and big buck teeth are less goofy and more menacing than past renditions.  The artists for that box were Terry and Rachel Dodson, a husband and wife pencil and ink team known for work on DC’s Wonder Woman and Marvel Comics’ Spider-Man. 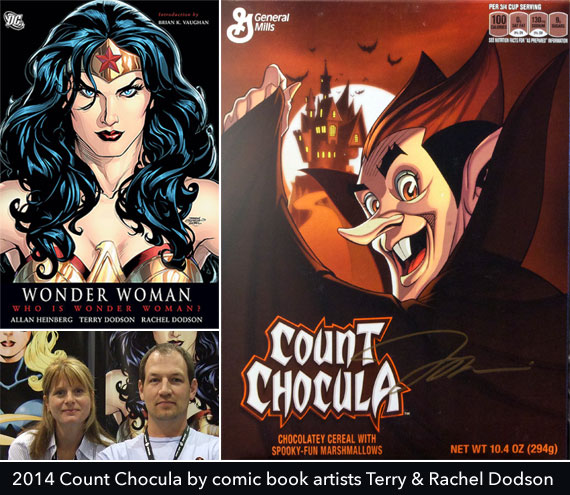 Franken Berry has his familiar look but is a bit rougher around the edges. If you’ve never noticed his fingernails which are polished to look like individual strawberries, they’re emphasized in this illustration.  Strawberry fingernails might feminize other men, but Franken Berry makes it look tough.  The artist for this rendition was Dave Johnson who some may know for Marvel’s Captain America and DC’s Detective Batman series. 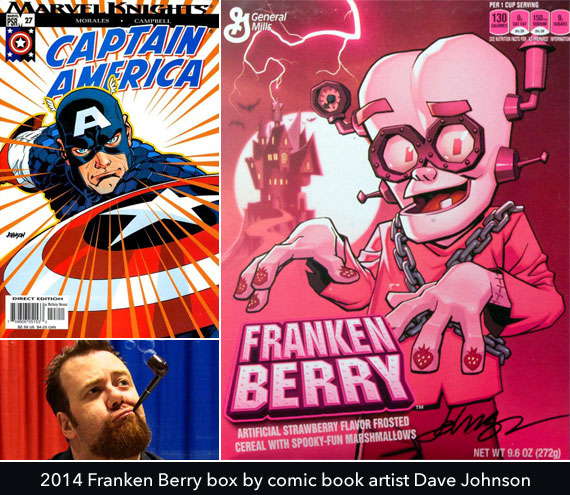 Probably the most notable artist involved, Jim Lee (X-Men, Superman and many, many more) did the illustration of Boo Berry. While cool, it was my least favorite of the three because it looked so similar to Boo Berry boxes from previous years. 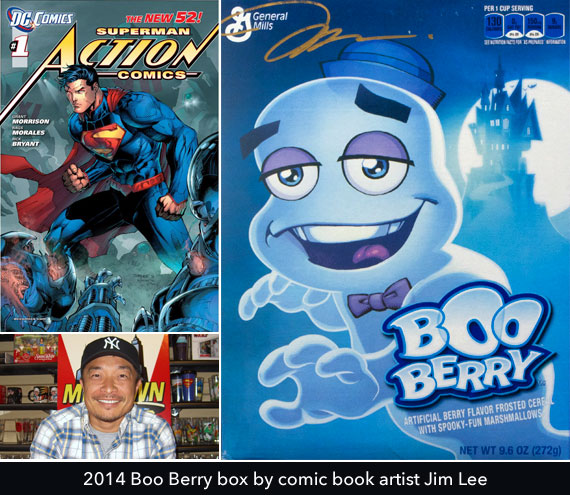 The boxes I received were all signed by the artists.  Bonus!  I’m checking with a comic enthusiast friend of mine to see what they might be worth in the future.  Depending on what he says, I’ll either be having sweepstakes to give them away or I’ll be retiring in Maui – in which case, this will be my last post.

Here’s a quick look at how the monsters have changed over the years: 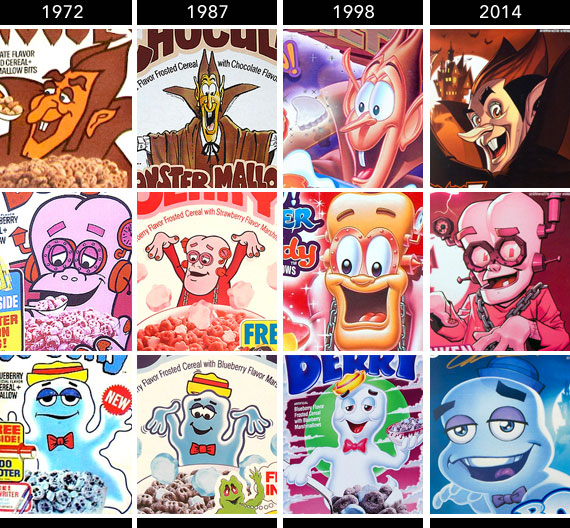 For more about these cereals and to see vintage boxes and commercials, check out the Monster Cereal Collection section of MrBreakfast.com which also includes Fruit Brute and Yummy Mummy.