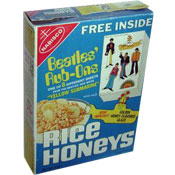 From: Nabisco
Introduced in 1954


This cereal began as Ranger Joe Rice Honnies in 1939. The National Biscuit Company (later known as Nabisco) bought the the cereal in 1954 and changed its name to Rice Honeys.

In the late 1960's, sales of Rice Honeys began to sag. In 1971, in an attempt to revive the cereal, the name was changed again, this time to Winnie-The-Pooh Great Honey Crunchers. Despite a barrage of marketing centered around the Winnie-The-Pooh character, the cereal's sales continued to disappoint.

Nabisco give it one last shot. About a year after the Pooh incarnation, the cereal changed names for the last time, this time to Klondike Pete's Crunchy Nuggets.

Additional Images
These are the most recent images. Click here to see all pictures for Rice Honeys. 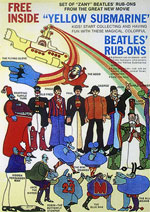 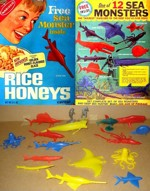 
Upload an image for this cereal
Comments About This Cereal
What do you think of Rice Honeys?

Rice Honeys and Sky King were staples of my childhood. I always wondered what happened to Rice Honeys and had no idea of the name changes the cereal had undergone. I'd buy them if they were available! Great post workout snack!

I remember their jingle line, 'Nabisco Wheat Honeys, also Rice'. Didn't care for the wheat ones, but the rice honeys was one of my favorite cereals.

I just found this. I miss this cereal!

My all time favorite cereal. Best prizes as well.

By Miss U So Much

This was one of my all time favorite cereals as a kid. I still get a desire for it now. I was surprised and disappointed that it got discontinued. I remember working for a grocery store in high school and asking if they could special order me 2 boxes. They did - I got 2 cases of the cereal. I was in heaven for several months as I ate them.

Are you aware there hasn't been a pre-sweetened puffed rice cereal since this went off the market?

These were great. The only problem 50 years ago was the humidity factor. We loved these and Rice Krinkles. I suppose these were taken off the market because of the sugar content.

The prizes were the best by far, especially the Sea Monsters and the Sky King collection. Gramp's comments are right on; NO additional fruit or sugar needed, with a honey taste that hasn't been equaled. One of the tastes of childhood that I can still clearly recall half a century later. A mystery to me why this product isn't currently on the shelves.

This was the best cereal growing up. I miss it even now. Wish it was around to buy.