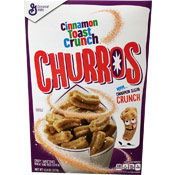 The pieces are very crunchy when eaten dry. In milk, they stay mildly crunchy for about 6 minutes. After that, you get a combination of crunch and softness that is total enjoyable. 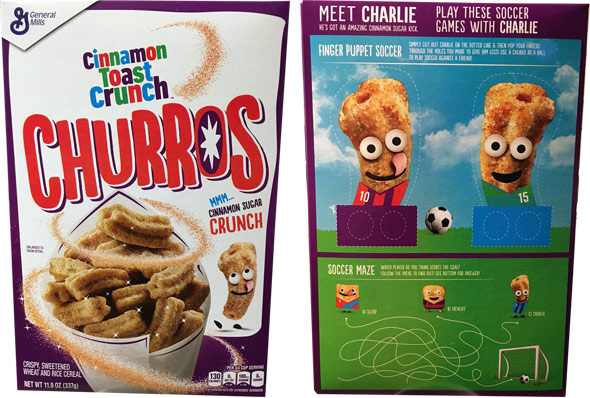 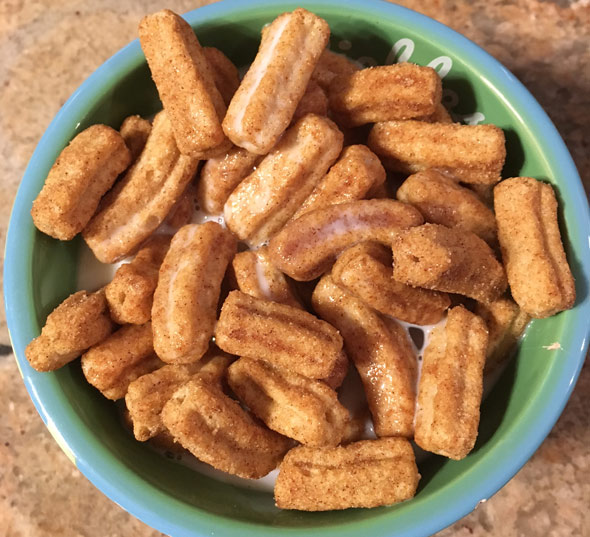 Review By 4 Year Old Daughter:
"I love it. I like the straight shapes. They float so good in the milk, I can hardly catch them."

The $0.00 price listed below indicates that the company sent us a sample box of the product for the purpose of this review.

Comments About This Product Review
What do you think of Cinnamon Toast Crunch Churros?
By HillGirl

This stuff is almost better than the original. I love the doughy texture and crunch. It's the perfect amount of cinnamon. This is the best cinnamon cereal on the market in my opinion.