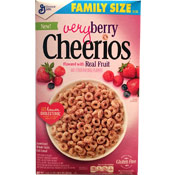 From General Mills
Reviewed by Mr Breakfast on 3/8/2017

When you open the box, this cereal smells very fruity - almost like an air freshener for a car. The pieces are round like traditional Cheerios and somewhat pink with little specs of red and purple.

You get a very big burst of fruit flavor in the first couple of bites. It reminded me a little of mixed fruit jam. As you eat more, the traditional, terrific flavor of traditional Cheerios starts to overtake the fruit flavor. Personally, I liked that. To be inundated with that heavy fruit flavor throughout the entire bowl would have been too overwhelming.

The milk at the end of the bowl was a light purple with dark purple specks. It was mildly fruit flavored. 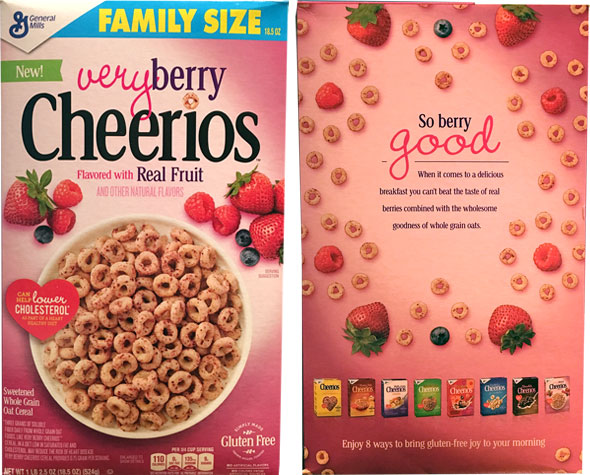 Overall, I enjoyed the cereal. However, Honey Nut Cheerios and traditional Cheerios are both quite a bit better than this new cereal.

Comments About This Product Review
What do you think of Very Berry Cheerios?
There are no comments yet for this product. Be the first! Was it awesome? Just okay? Was it bad? Let the world know!