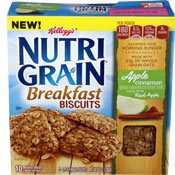 I tried two varieties of Nutri-Grain Breakfast Biscuits: 1) Apple Cinnamon and 2) Chocolate Chip. Of the two, I preferred the Apple Cinnamon variety.

Each serving consists of a pouch containing two 4x2-inch thin biscuits. They have a texture that is somewhere between a cookie and granola. I found that a single serving kept me feeling full for about 3 hours. 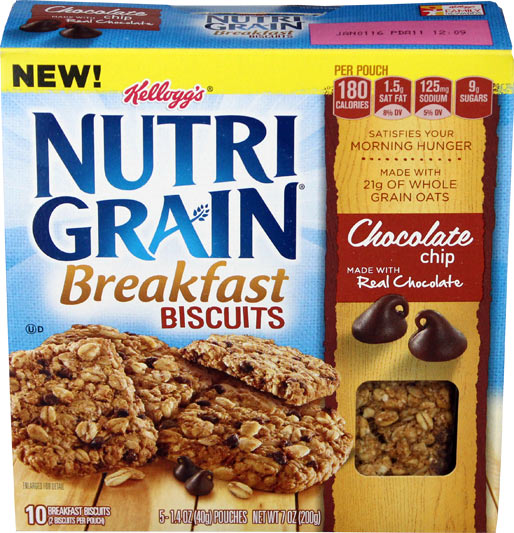 The chocolate chip biscuits taste fine, but the chocolate doesn’t make a big impact. There’s just enough chocolate to make your fingers messy, but not enough to satisfy a craving for chocolate.

In the end, I found these to be satisfying and moderately filling. If you’re looking for a nice, new breakfast-on-the-go option, you’ll probably be happy with these. 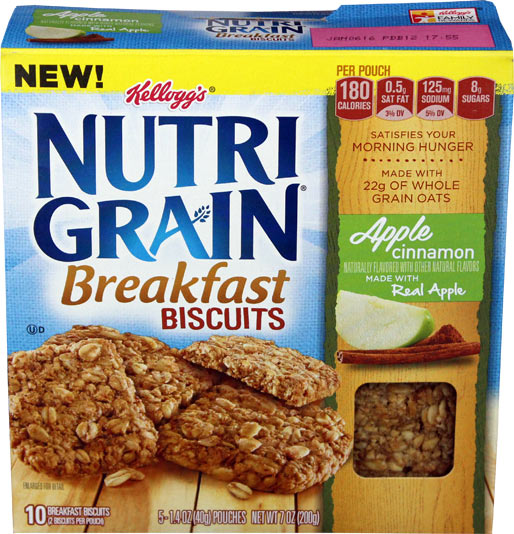 Comments About This Product Review
What do you think of Nutri-Grain Breakfast Biscuits?
There are no comments yet for this product. Be the first! Was it awesome? Just okay? Was it bad? Let the world know!