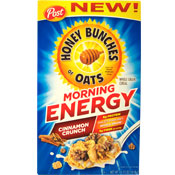 I found both cereals to be genuinely crunchy. The crunch starts to dissipate after 3 minutes, but it never breaks down into a soggy mess as some so-called "crunchy" cereals often do.

Morning Energy has a lot going on in terms of texture. There's big flakes, broken smaller flakes, oat clusters and single oats that broke away from the clusters. Personally, I liked the broad combination of textures. It kept each spoonful interesting. 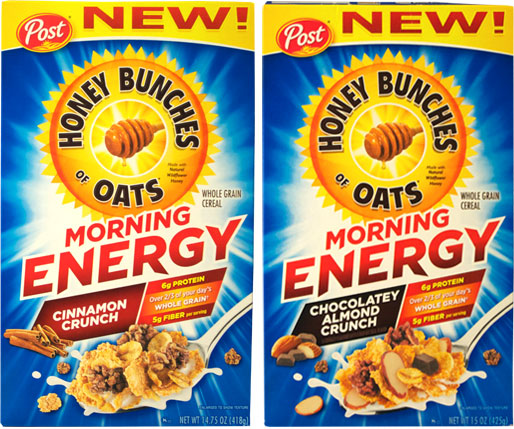 Cinnamon Crunch Morning Energy has an almost buttery cinnamon taste that reminded me a bit of a crumble topping on a muffin. 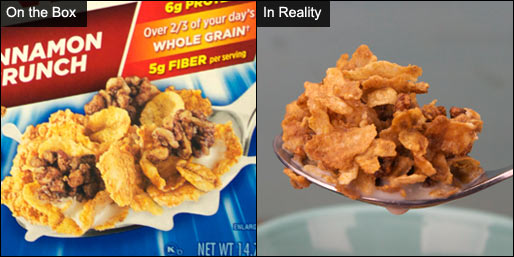 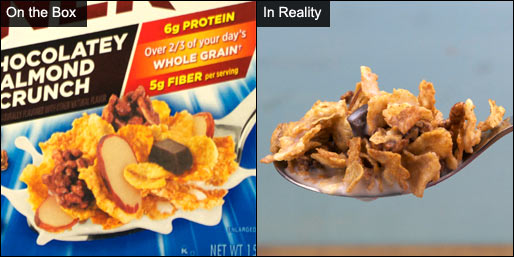 The enticing looking chocolate pieces on the box are far and few between, but I look at that as a positive. In other cereals where they're larger and more prominent, it's easy to criticize them as not really being chocolate. When they're part of bigger mix, they become more of a happy surprise and less of a focal point.

Of the two varieties, I enjoyed Cinnamon Crunch the most, but I found Chocolatey Almond Crunch to be the most interesting. I recommend both.

Comments About This Product Review
What do you think of Morning Energy?
There are no comments yet for this product. Be the first! Was it awesome? Just okay? Was it bad? Let the world know!