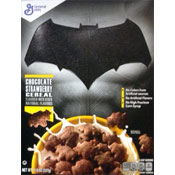 
This cereal first surfaced in stores in January of 2016 - two months before the March 2016 release of the film Batman v Superman: Dawn of Justice. At the same time this cereal hit grocery stores, General Mills also gave us Superman Caramel Crunch Cereal as part of the same movie promotion. 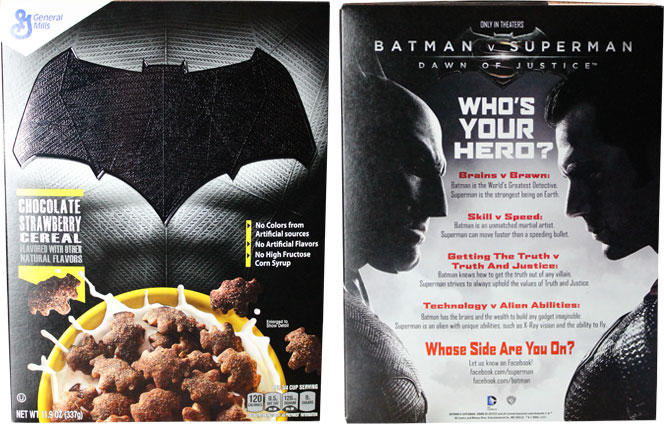 The following is a promotional image for the new cereals from a General Mills Super Heroes Cereal website created at dcsuperheroescereal.tumblr.com: 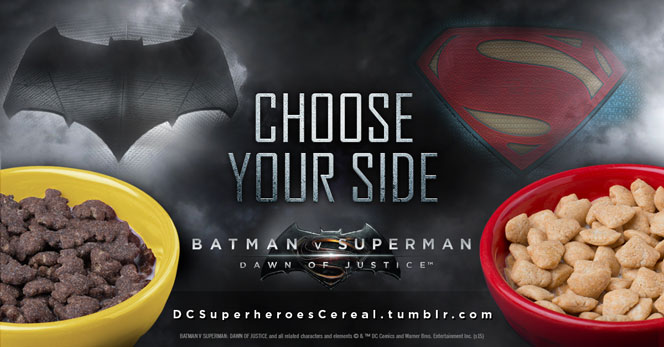 Now Showing: Batman v Superman Trailer
Upload an image for this cereal
Comments About This Cereal
What do you think of Batman Chocolate Strawberry?

As the other comments have said, this is a good concept, but horrible execution. One of the worst tasting cereals I have ever had. Nice box design though!

Cool box, cool looking cereal. Honestly, on my top 3 worst cereals ever and I really can't think of the other two. I like all cereals but this one really stinks.

I love Batman. I love cereal. I did not like this Batman cereal.