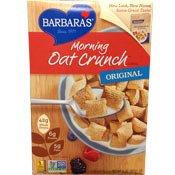 
This cereal was previously known as Shredded Oats. Its name was changed in 2013. According to the back of the box: "Barbara's Morning Oat Crunch is simply delicious, and each healthy bowl is packed with the whole grains, protein, and fiber that your body needs. The wholesome crunch will keep you satisfied, so that you can enjoy the day ahead." 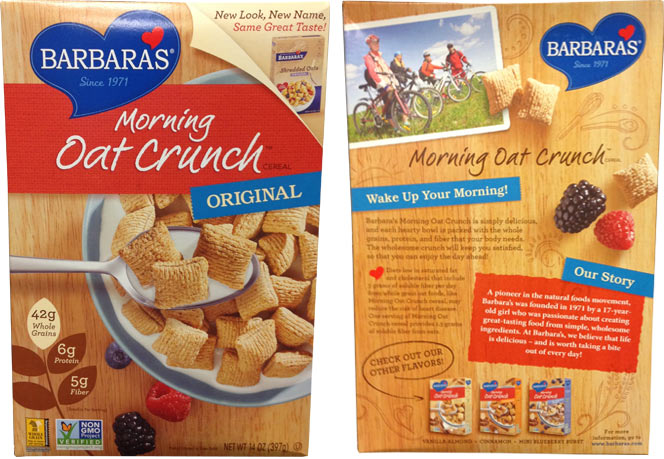 In the fall of 2013, the cereal was available in the following varieties: Original, Vanilla Almond, Cinnamon and Mini Blueberry Burst.

Upload an image for this cereal
Comments About This Cereal
What do you think of Morning Oat Crunch - Original?

Great for eating straight out of the box!