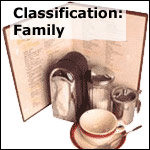 Star Country Cafe
Across from Star Merc on Highway 44

My husband loves the Star Cafe, and being a huge breakfast fan he has a lot to compare it to. He goes there almost every morning for breakfast. The pancakes are huge and very good. The most perfectly cooked over medium egg I've had anywhere came from the Star Cafe. We recommend it!

The Star Cafe used to be great. Food was fresh and tasty. In 2012 or there about they got new management or owners, I am not sure. But the food tastes like dog chow now and the prices have gone up 20%.

My wife and I keep a list of the restaurants we frequent.. we took the Star Cafe off the list on Sunday following one of the worse breakfasts we have ever had anywhere.

Just one more of the many old fashion stand by restaurants that used to be known for good solid home made country food that has gone to fast, quick, cheap and nasty. I used to love their biscuits and gravy, they were big fluffy home made biscuits. Now they are quite obviously something preformed frozen out of a bag. They are small cheap and tasteless. Star Cafe has gone the way of Meridians Express Cafe and Boise's Rockies. They dumped quality for fast and cheap and it shows.

You're right I couldn't eat all the Chicken Fried Steak (CFS)--it was not very good and I left half of it on my plate. If you want good CFS, try Merritt's down the road in Boise. I was very excited to go to the Star Country Cafe after reading such glowing reviews. It seems to be a popular place with the locals, they seemed to ignore the rest of us. The biscuit was ok, the gravy was too thick, and the CFS was burnt in some places (the gravy hides that!). However, the coffee was good and the waitresses were nice. I was not very impressed. It was alright, though. And tell me why in the Boise area several restaurants put the CFS on top of the gravy instead of the other way around? Is this so that you'll buy extra gravy since you don't have any on top? I love to dip my potatoes in the gravy, but can't do that here as there wasn't enough.

Chicken fried steak and eggs. Excellent and I bet you can't eat it all......

Reviews submitted here are meant to pertain to breakfast only. While Mr Breakfast cannot vouch for the validity of each restaurant review, he feels pretty good vouching for the excellent character of the residents of Star, Idaho - who are primarily responsible for the review(s) you see above for Star Country Cafe.