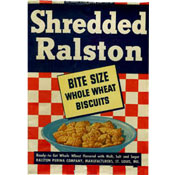 From: Ralston
Introduced in 1936


A fictional working father described the cereal as follows in a 1940 advertisement:

Give me a Shredded Ralston Breakfast - I've got a job to do!

Get your whole wheat every day - the easy Shredded Ralston way" 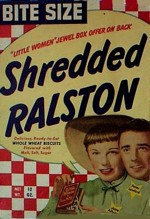 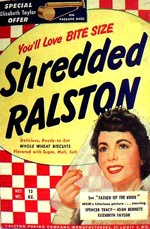 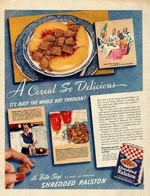 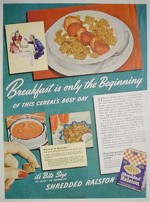 Submitter: Anita
Uploaded: 3/22/2008
Additional details
Upload an image for this cereal
Comments About This Cereal
What do you think of Shredded Ralston?

My name is Ralston. I'm a hot Ralston. This cereal is very honored to be named after me.

My husband who is 82 keeps referring to Chex mix as Shredded Ralston and I didn't realize that Ralston had been taken over by General Mill so now I can tell him he is correct. Thank you for the info.

I am now 80 years old and I remember the jingle 'take a tip from Tom go and tell your mom Shredded Ralston can't be beat'. Then I thought 'what is Shredded Ralston'???? - a breakfast cereal but corn, oats, wheat, what???? Ohhh, Wheat Chex. Thanks.

I grew up with Shredded Ralston, Wheaties, Rice Krispies, and other cereals of the '40's. Shredded Ralston was a favorite and I'm sorry to see it gone. Wheat Chex is all right, though.

Shredded Ralston was reformulated and renamed Wheat Chex sometime between the end of the Tom Mix radio show and before Space Patrol premiered.

It was not all that good but I would rather have it than ZO.

I loved the ads: 'It's delicious and nutritious made with real western wheat. Take a tip from Tom go and tell your mom, shredded Ralston can't be beat.'

Wish they still made it!

After Ralston sold the Chex cereals to General Mills, they took over Post's from Kraft.