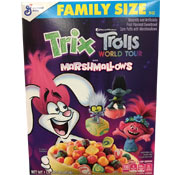 
This cereal is described on the box as "naturally and artificially fruit flavored sweetened corn puffs with marshmallows." Traditionally, Trix cereal does not contain marshmallows. The cereal was introduced in late 2019, well in advance of the movie it promotes. DreamWorks Trolls Would Tour is slated to be released in theaters in April 2020.

The back of the box has a fun cut-out activity where the cereal box can be converted to a ukulele. It has the caption, "Rock Out With Poppy! Use this box to build Poppy's ukulele and rock out with the Trolls!" 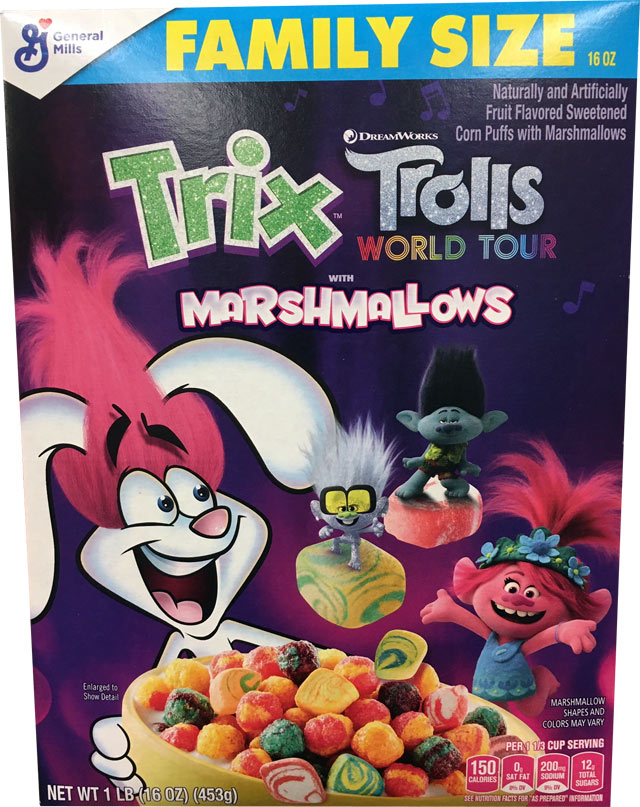 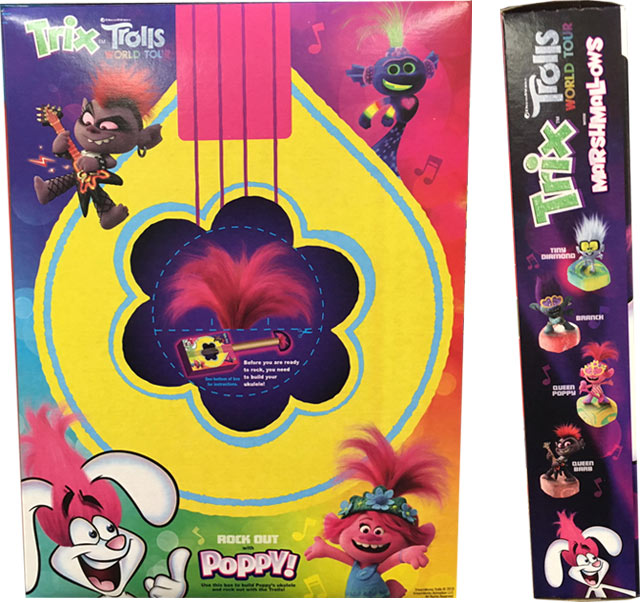 Company Description: Officially created in 1928, General Mills traces it's history back to the 1860's and the ownership of two flour mills. Since then, the company has become the world's 6th largest food company - marketing to over 100 countries... Read on and see all cereals from General Mills
This cereal belongs to the following Mr Breakfast Cereal Families:
Upload an image for this cereal
Comments About This Cereal
What do you think of Trix Trolls World Tour?

No, there is not a toy inside. Very rare these days for any cereal to have toys in them anymore. Guess they are worried about getting sued.

Is there a toy inside?