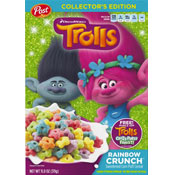 
This cereal consisted of crunchy, multicolored fruit flavored stars. It's based on the animated film DreamWorks Trolls which was released the year priot to the cereal's introduction. 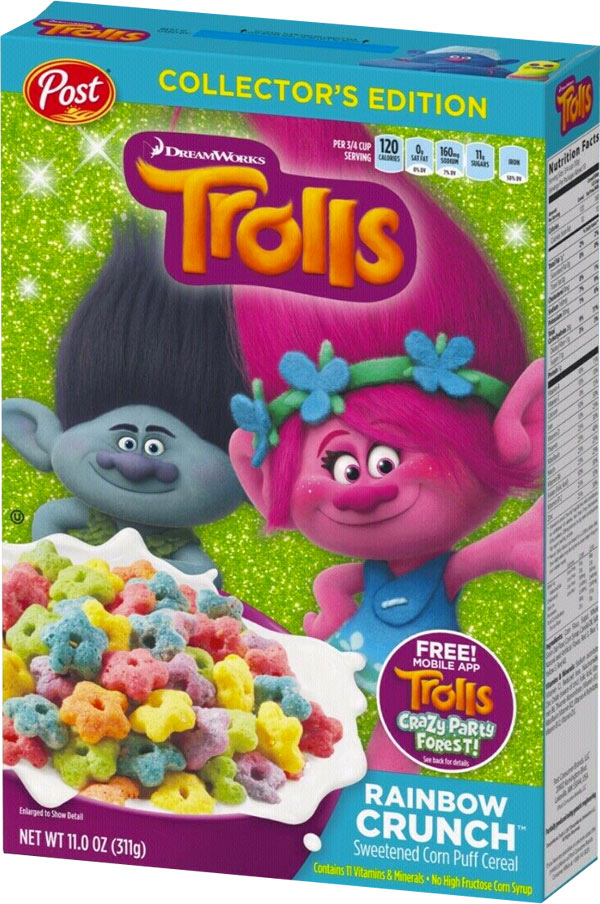 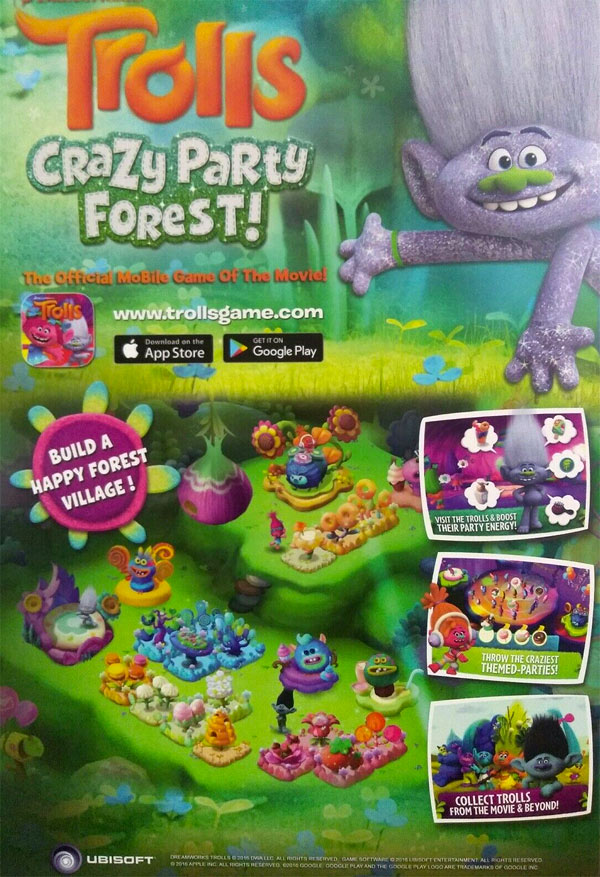 Company Description: Founded by C.W. Post, the company began in 1895 in Battle Creek, Michigan under the name Postum Cereals. Their first product was a coffee substitute called Postum. The first breakfast cereal to come from the company was Grape-Nuts in 1897... Read on and see all cereals from Post
This cereal belongs to the following Mr Breakfast Cereal Families:
Upload an image for this cereal
Comments About This Cereal
What do you think of Trolls Rainbow Crunch?
There are no comments yet for this cereal. Be the first! Was it good? Was it bad?
Do you have information not included in the article? Let the world know!