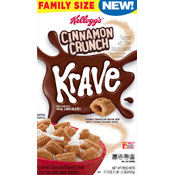 
This cereal is described on the front of the box as "cinnamon flavored and dusted shell with a smooth chocolate center... filling made with real chocolate!"

At the same time this cereal was introduced, Kellogg's also came out with Strawberry Crunch Krave cereal. 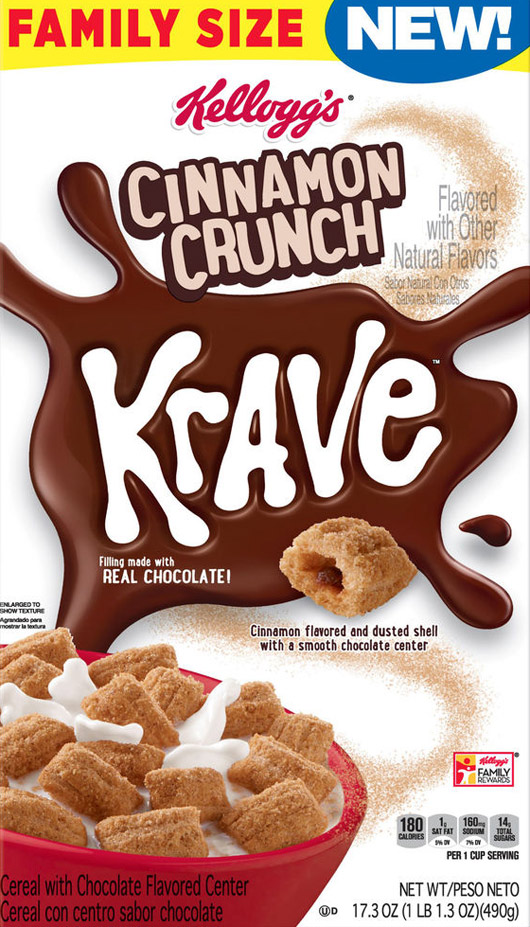 Company Description: Kellogg's was originally founded as the Battle Creek Toasted Corn Flake Company in 1906. The company's founder Will Keith Kellogg is credited with inventing corn flakes along with his brother John Harvey Kellogg. The company was renamed the Kellogg Company in 1922... Read on and see all cereals from Kellogg's
This cereal belongs to the following Mr Breakfast Cereal Families:
Upload an image for this cereal
Comments About This Cereal
What do you think of Krave - Cinnamon Crunch?
There are no comments yet for this cereal. Be the first! Was it good? Was it bad?
Do you have information not included in the article? Let the world know!