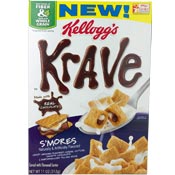 
This cereal is described on the front of the box simply as "cereal with flavored center." Above that text, the language perks up a bit more: "Crispy graham flavored cereal outside, smooth chocolate & marshmallow filling insideÉ made with real chocolate."

When the cereal first appeared in stores, the back of the box had a colorful, detailed ode to the coupling of chocolate and marshmallow which were displayed as characters named Cho and Mar.

As of January 2014, the first 5 ingredients listed on the side panel were graham flour, whole grain oat flour, sugar, rice flour and chocolate flavored filling. 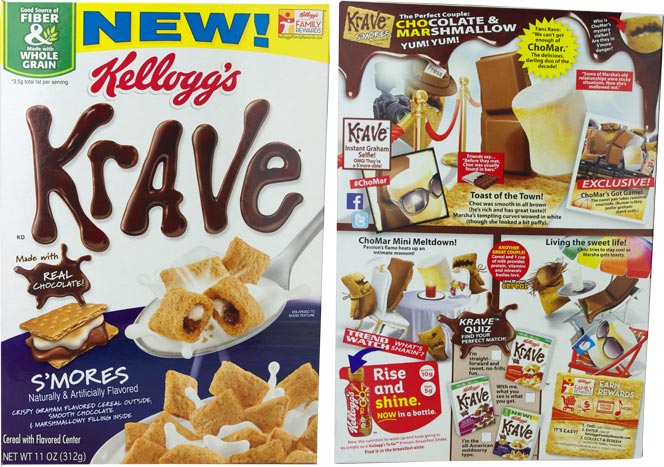 Krave - S'mores Cereal has been reviewed on MrBreakfast.com.

Now Showing: 2014 Krave S'Mores Cereal Commercial
Upload an image for this cereal
Comments About This Cereal
What do you think of Krave - S'mores?
There are no comments yet for this cereal. Be the first! Was it good? Was it bad?
Do you have information not included in the article? Let the world know!