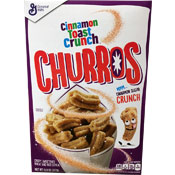 
The complete name of this cereal is Cinnamon Toast Crunch Churros. It's described on the front of the box as a "crispy, sweetened wheat and rice cereal... Mmm... Cinnamon Sugar Crunch."

Churros are fried pastries with distinct ridges. The cereal pieces resemble those pastries to a fair extent.

The apparent mascot for the cereal is a piece of the cereal named Charlie. The back of the introductory box features a cut-out activity panel titled, "Meet Charlie. He's got an amazing cinnamon sugar kick. Play these soccer games with Charlie." 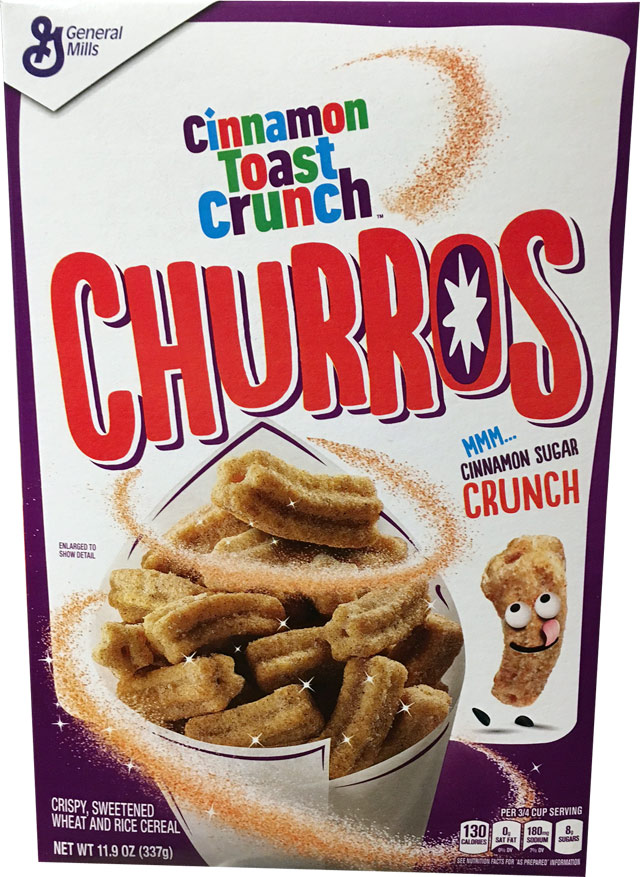 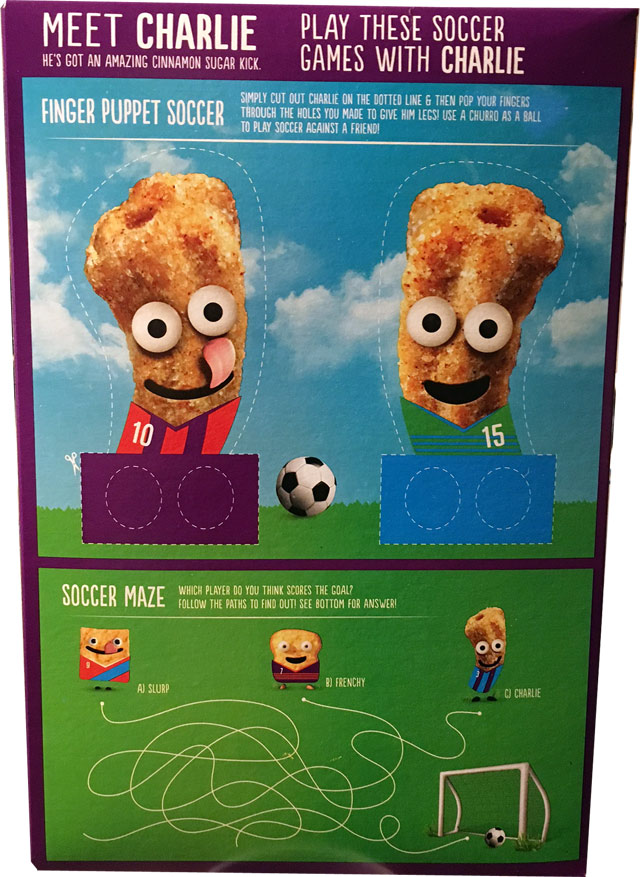 It's interesting to to note that Post introduced another Churros-inspired cereal in 2011 called Mini Cinnamon Churros Cereal.

Churros Cereal has been reviewed on MrBreakfast.com.

Now Showing: Cinnamon Toast Crunch Churros Ad
Upload an image for this cereal
Comments About This Cereal
What do you think of Churros?

By Love It So

Crunchy, tastes like churros and has become my favorite cereal.

Happy to learn of this new cereal! It is readily available at stores in regular and family size. Not too sweet, but sweet enough, does not get soggy, and most importantly, tastes great!