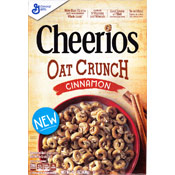 
This cereal is described on the front of the box as a "sweetened multigrain cereal with whole grain oats." The back of the box tells us that the cereal provides a "satisfying crunch!" and that it is "delicious ingredients rolled into one... Multi Grain Cheerios topped with whole grain oats, and real cinnamon. Nutritious, hearty and simply delicious."

In 2018, the cereal was labeled as "cinnamon" in such a way as to indicate that different flavors of Cheerios Oat Crunch could be possible in the future.

The official Cheerios website described the cereal like this: "Cheerios Oat Crunch delivers substance in every delicious bite, featuring visible whole oats added to the O's for added texture and a great crunch." 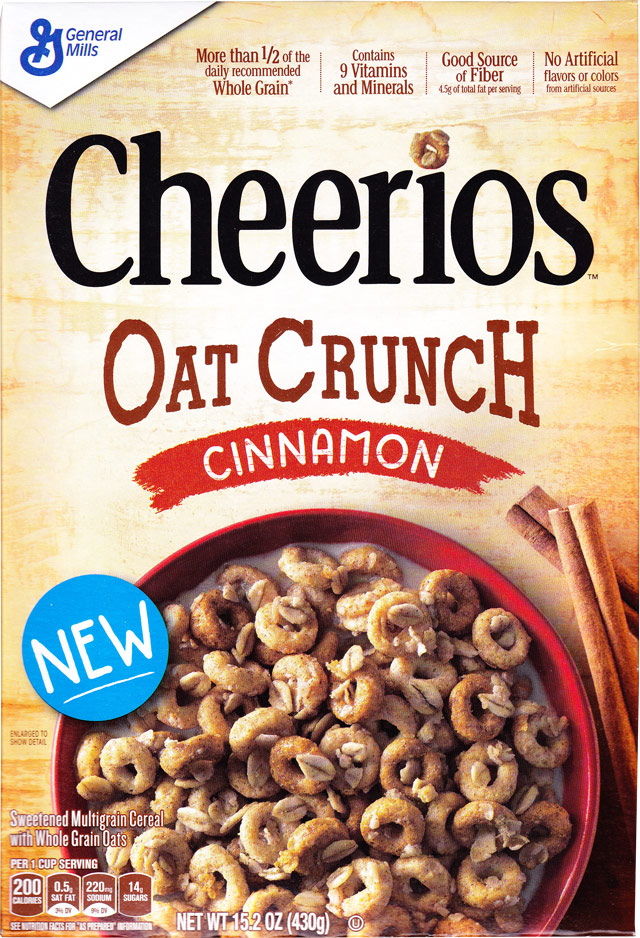 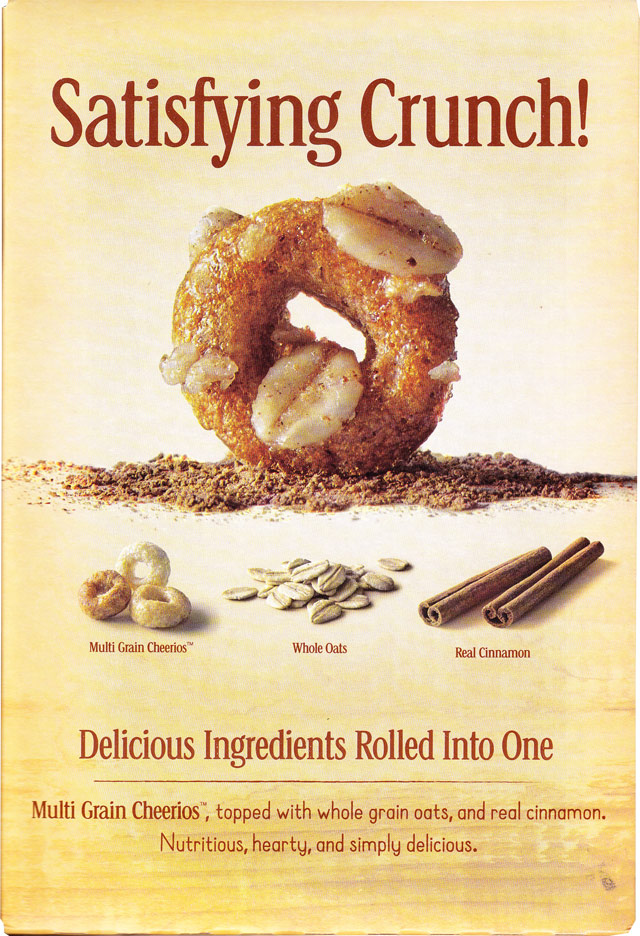 This new cereal appears to be a reworking of Oat Cluster Cheerios Crunch that came out in 2007.

Cheerios Oat Crunch Cereal has been reviewed on MrBreakfast.com.

Click here to read the review.
Upload an image for this cereal
Comments About This Cereal
What do you think of Cheerios Oat Crunch?

This cereal is my go-to breakfast and sometimes even my snack. During this Corona Virus I purchased a couple of boxes but now I wish I bought more. I miss my Cinnamon Crunch Cheerios!