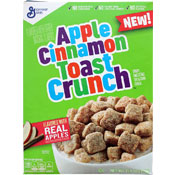 
This cereal is described on the front of the box as a "crispy, sweetened oat and corn cereal" that is "flavored with real apples and other natural flavors." Like French Toast Crunch, Strawberry Toast Crunch and Blueberry Toast Crunch, the cereal pieces are meant to resemble tiny pieces of toast. As General Mills' website put it, "Apple and cinnamon are meant to be together. You'll find them both in every crunchy bite with this soon-to-be-favorite new flavor."

The back of the introductory box featured an activity panel titled "Apple Cinnamon Toast Crunch is the TOAST of the town." which included a find-the-toasts puzzle. 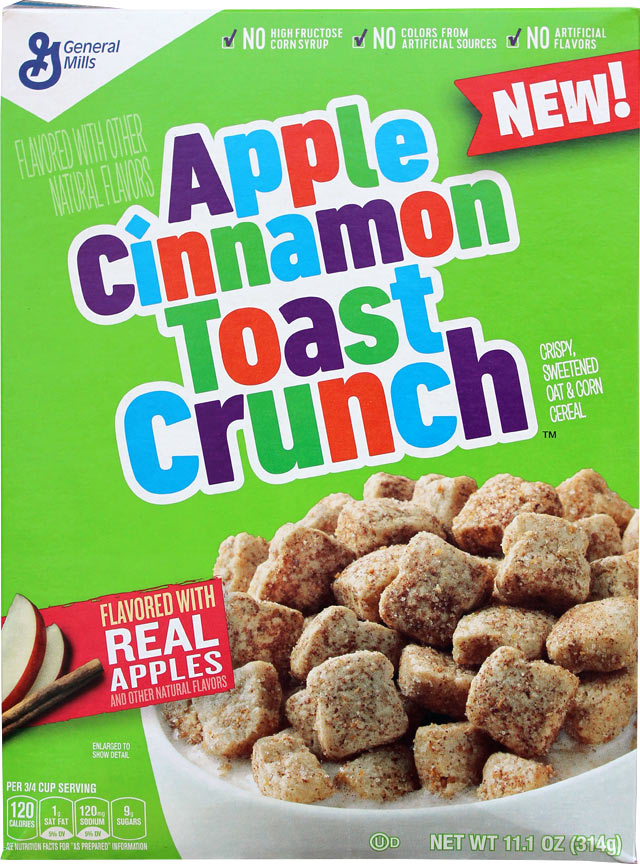 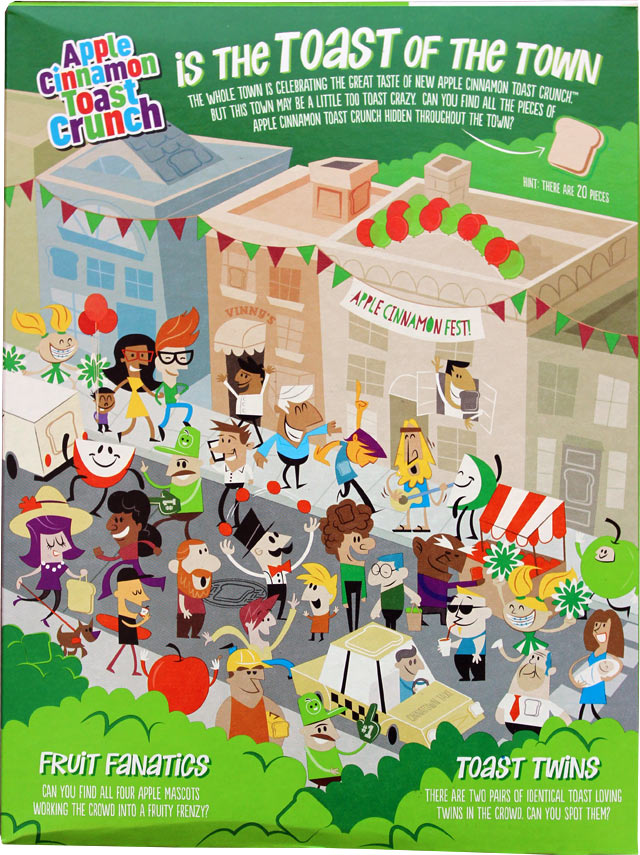 Apple Cinnamon Toast Crunch Cereal has been reviewed on MrBreakfast.com.

Click here to read the review.
Upload an image for this cereal
Comments About This Cereal
What do you think of Apple Cinnamon Toast Crunch?

Awesome. I want to try.

Stumbled upon it and was struck by just how strong the apple flavor came out, dominating the grain, sugar, and cinnamon. Kinda nice that way. A nice change from the usual sugar-with-flavor stream of grainery.