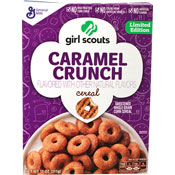 
The front of the box describes this cereal as a "sweetened whole grain corn cereal flavored with other natural flavors."

The cereal pieces are meant to resemble the Girl Scouts' famous Samoas cookie. However, the cereal neither looks or tastes like the cookie. If there wasn't a picture of a Samoas cookie on the front of the box, you would have no idea that the cereal was meant to resemble the cookie. Instead, the cereal pieces look tiny bronze donuts or dirty Froot Loops. They are a little thicker and wider than Cheerios. They lack the chocolate and coconut that make the Samoas cookies so distinctive. The flavor is caramel with a possible hint of coconut extract.

The back of the box - when the cereal was introduced - featured a panel called "Be An Outdoor Explorer" with a search and find game and words of encouragement for kids to explore nature in real life. 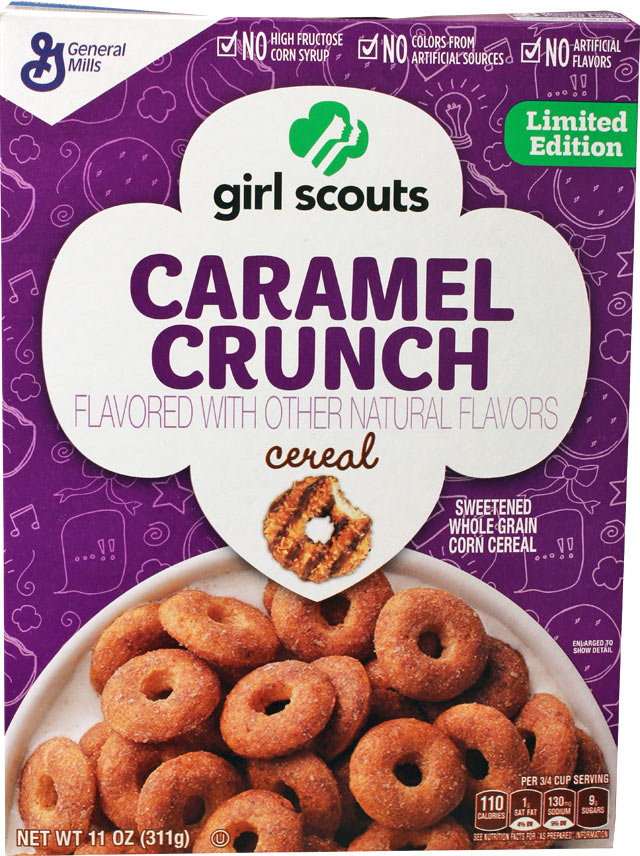 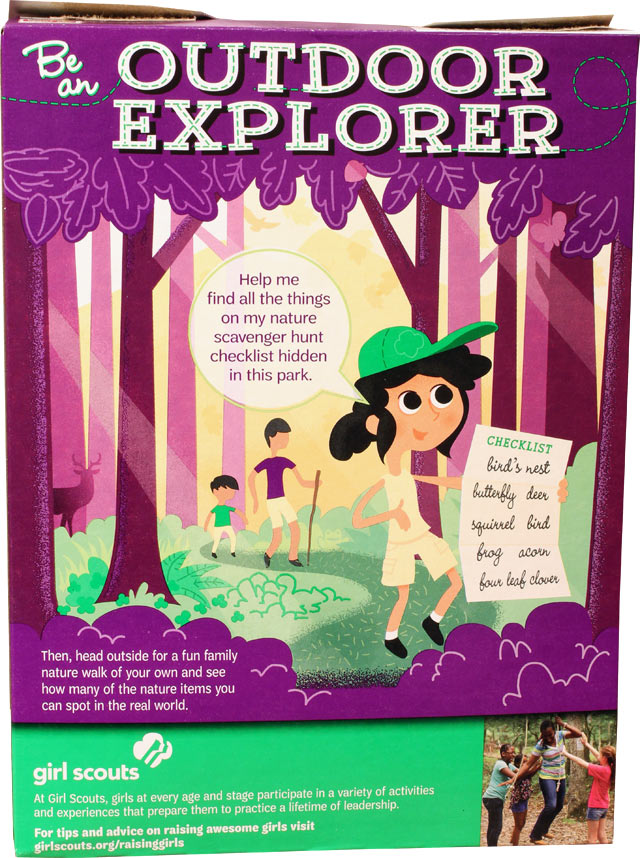 Girl Scouts Caramel Crunch Cereal has been reviewed on MrBreakfast.com.

Click here to read the review.
Upload an image for this cereal
Comments About This Cereal
What do you think of Girl Scouts Caramel Crunch?

Dug the flavor... shoulda made these out of rice and oat... corn flavor shows through a bit much. A tasty treat!

Although not awful, they are very mild, tasting sparsely of chocolate and caramel shifted into some sort of ambiguous amalgamation, as opposed to actually resembling their supposed source material. As well, their naturally stiff-yet-crunchy texture which refuses to yield to milk gives an impression of staleness. This cereal was designed to sell through the merits of its concept rather than of its taste, and it shows.