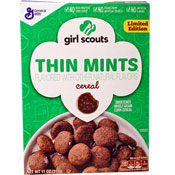 
This cereal is described on the front of the box as "a sweetened whole grain corn cereal flavored with other natural flavors."

The cereal pieces are meant to resemble the Girl Scouts' famous Thin Mint cookies in both flavor and appearance. There are subtle tones of chocolate in each bite, but the biggest flavor impression comes from the mint. The cookie-shaped cereal pieces look a little like flattened Cocoa Puff pieces.

The back of the box, when the cereal was first introduced in January 2017, featured a panel called "Be A Conservation Superstar" which offered advice to kids on how to conserve and recycle in their own homes and neighborhoods. 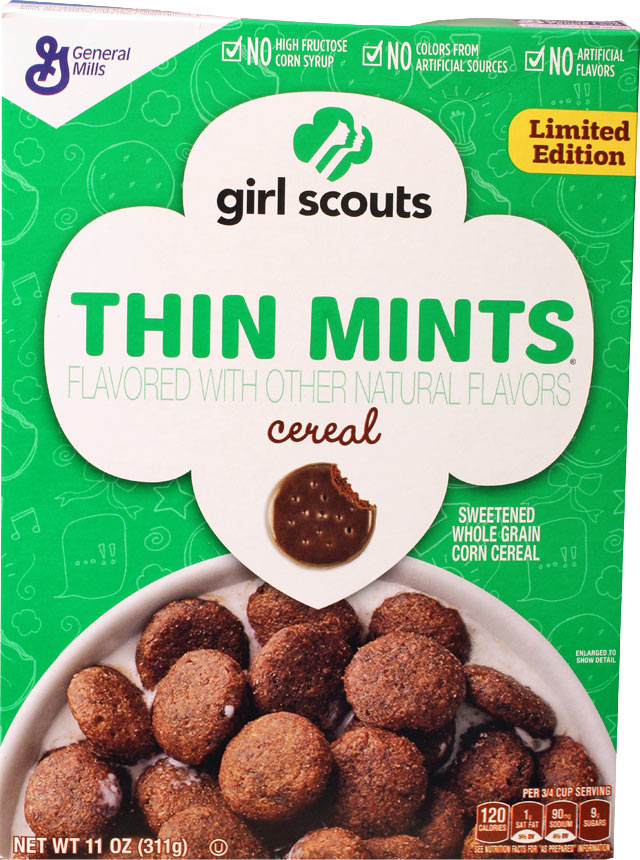 At the same time the cereal came out, General Mills introduced a partner cereal called Girl Scouts Caramel Crunch which was meant to bring to mind Girl Scouts Samoas cookies. 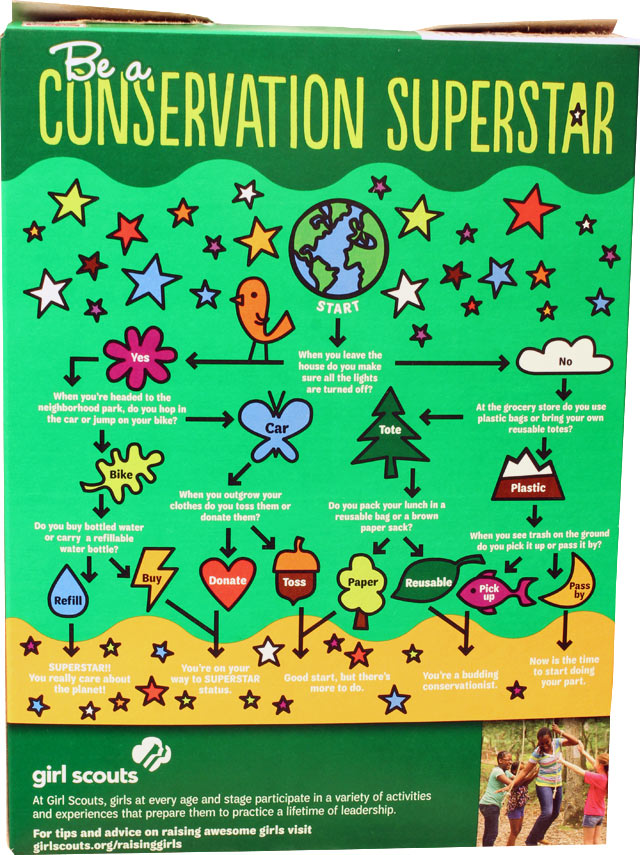 Girl Scouts Thin Mints Cereal has been reviewed on MrBreakfast.com.

Click here to read the review.
Upload an image for this cereal
Comments About This Cereal
What do you think of Girl Scouts Thin Mints?

This was probably the most memorable taste in cereal I have known in this here 21st century!

Like the Caramel Crunch spin, the corn flavor casts a shadow on the generally excellent flavor mimickry of Thin Mints. (Crushes into a wicked rich chocolate-mint corn meal, to boot!)