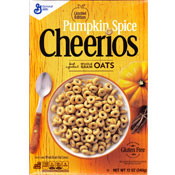 
This limited-edition, fall-themed flavor of Cheerios is described on the front of the box as a "sweetened whole grain oat cereal (whose) first ingredient (is) whole grain oats. (It's) simply made (and) gluten free." The cereal was sent to us on August 4, 2016 as part of a promotional package which announced, "Get ready for the next pumpkin spice flavor phenomenon!"

The following description of the cereal is from the back of the box:

"We believe that real food tastes better. That's why Pumpkin Spice Cheerios is made from real pumpkin puree & a delicious blend of cinnamon, nutmeg & clove." 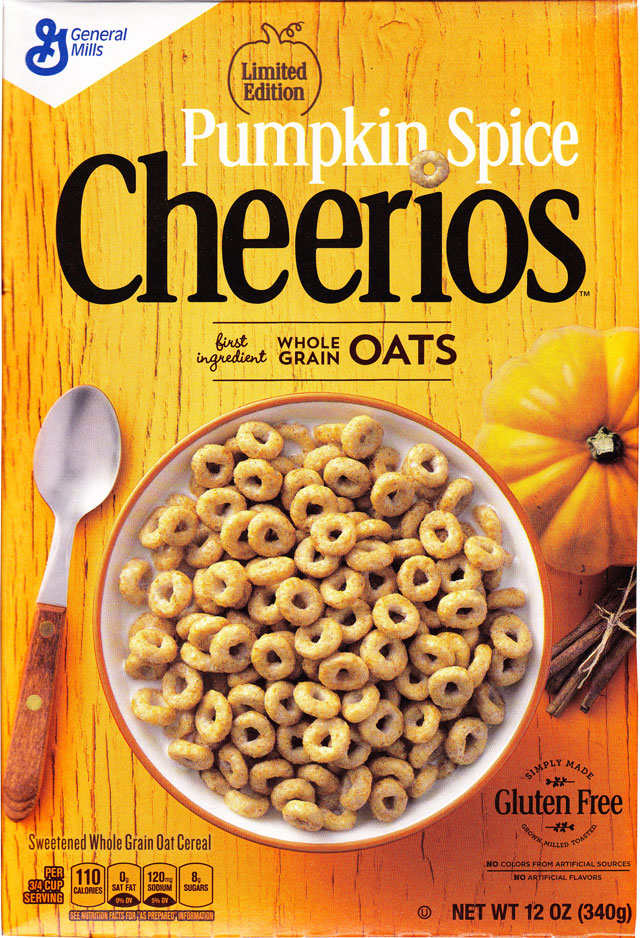 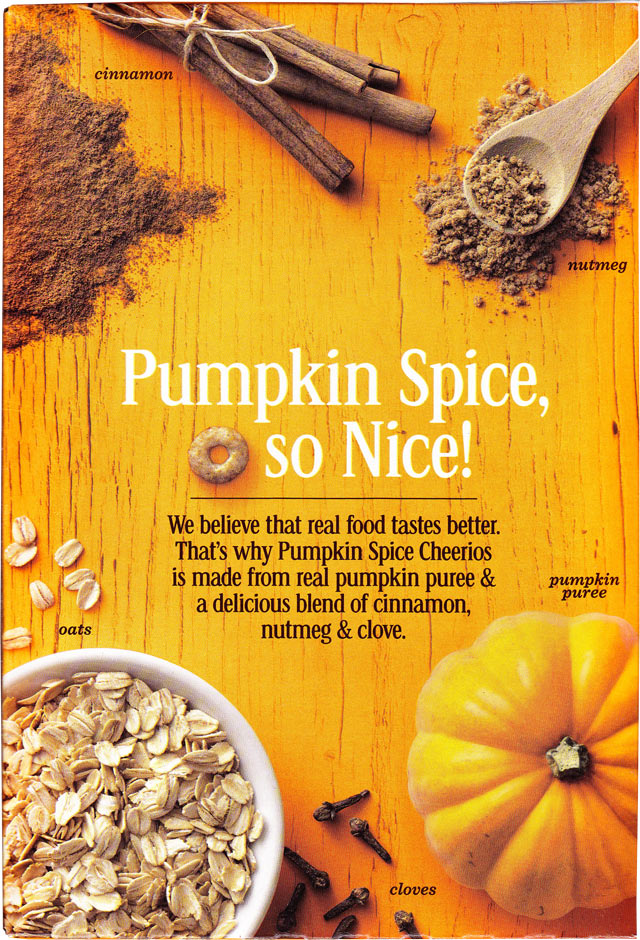 The next description is from a promotional card that was included with the cereal:

"Made from real pumpkin puree and a delicious blend of cinnamon, nutmeg and clove, Pumpkin Spice Cheerios will soon take over store shelves. Available for a limited time, it's gluten free. Did we mention it's pumpkin spice? Mmmmmmmm... Enjoy! 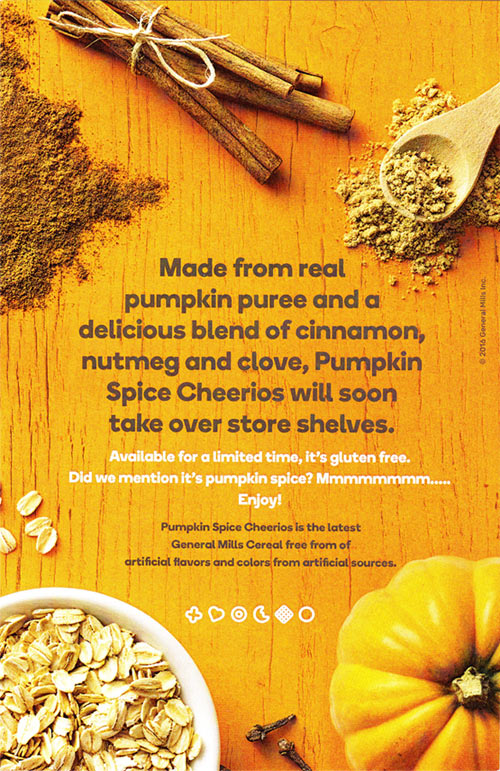 Upload an image for this cereal
Comments About This Cereal
What do you think of Pumpkin Spice Cheerios?

Totally awesome flavor! Wish I could buy it year round!

I personally love them but the milk does wash flavor off.

Not enough pumpkin flavor. I have a corn intolerance, and something in this cereal (or maybe the clove/ spices?) does not agree with my stomach.

It's good. But Honey Nut Cheerios is still the best.

It was only okay. They smelled better than they tasted. Most of the flavor is washed away in the milk.

It's only ok. There's an overload of clove and the pumpkin flavor is barely there if at all. It's been over a half hour since I ate a bowl and my tongue is still numb from the clove. I will finish this box, so as not to waste it, but won't be getting anymore. I was truly disappointed.

Oh h*lls yes... I love Trader Joe's Pumpkin Os, and the Pumpkin Spice Mini-Wheats were amazing in taste and scent... I am definitely looking forward to these!