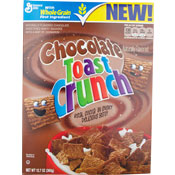 From: General Mills
Introduced in 2014


This cereal was described on the front of the box as "naturally flavored chocolate sweetened wheat squares with a hint of cinnamon... real cocoa in every delicious bite." Chocolate Toast Crunch is an extension of the Cinnamon Toast Crunch product line from General Mills.

When the cereal was introduced in January 2014, the back of the box featured an activity panel titled "Choc up even more fun!" where the box acted as a game board and cereal pieces acted as game pieces.

The first 5 ingredients listed on the side panel were whole grain wheat, sugar, rice bran and/or canola oil, rice flour and fructose. 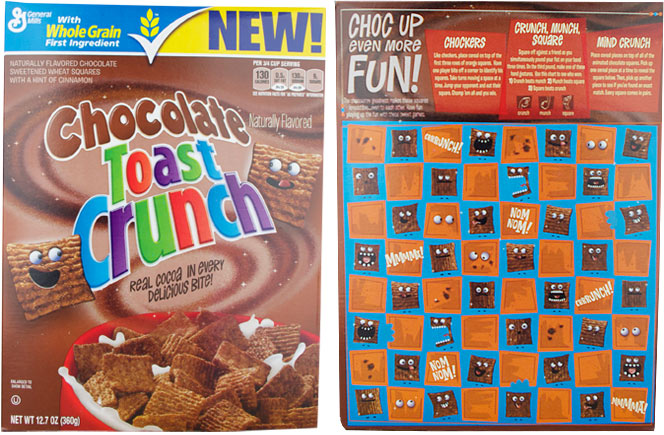 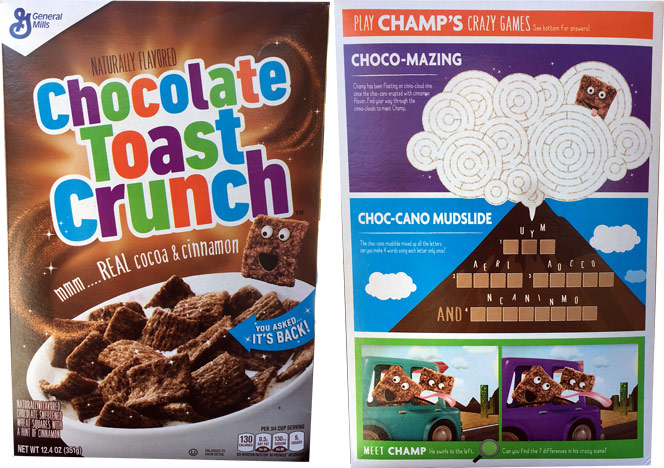 Chocolate Toast Crunch Cereal has been reviewed on MrBreakfast.com.

Thanks, General Mills for bringing back Chocolate Toast Crunch, now if only we could bring back Triples, Clusters, Total Raisin Bran, Total Corn Flakes and Multi Bran Chex cereals.

Where can I buy it online?

Why can I no longer find Chocolate Toast Crunch? It only took ONE BOWL for it to become my FAVORITE CEREAL OF ALL TIME! Where is it? Bring it back!

Just okay. Could use more chocolate flavor in my opinion.

This is right up there with all the other favorite Chocolate Cereals, for real.