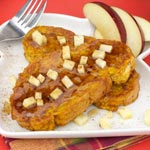 Soak bread one slice at a time until saturated with liquid.

Cook on a lightly greased skillet or griddle over medium/high heat until lightly browned on both sides. Serve hot. 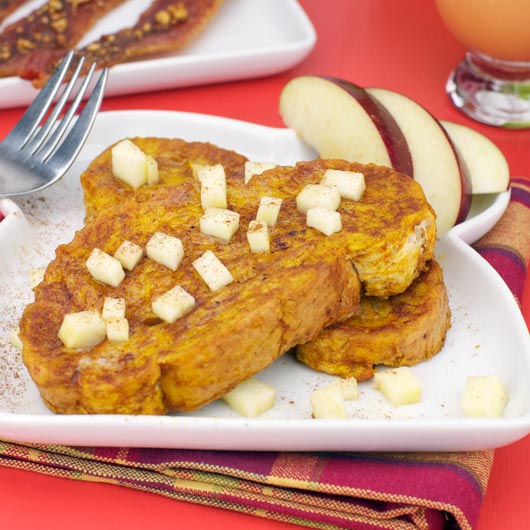 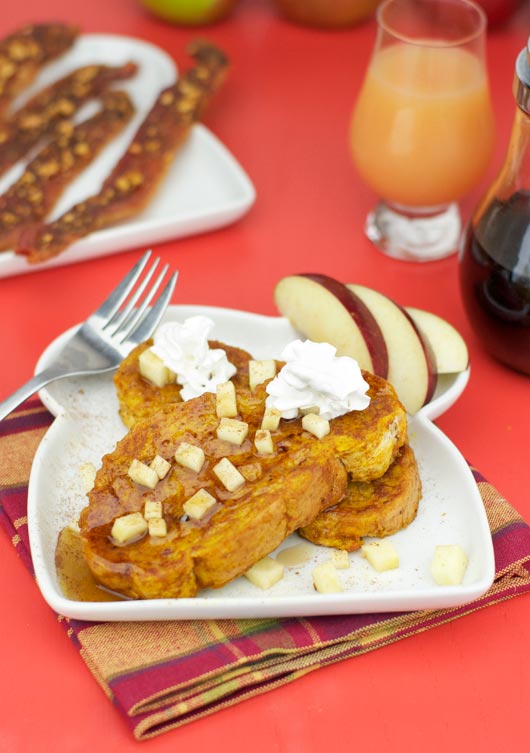 I like this one with maple syrup. But it's also nice if you use additional apple sause as your topping.


Comments About This Recipe
What do you think of Applesauce French Toast?
Overall Average Rating = 5 (out of 5)
Based on 4 votes.

From All Access
Very good indeed. French toast for dinner, that's what I am talking about!!!

From crazymama (Team Breakfast Member)
Our family enjoyed this very much. We tried the applesauce on top, we did not like it as much. The syrup is delicious!

I like applesauce and French toast!! This sounds good!!

From Debg
My family and I enjoyed this very much!

From Taste Is Okay

Soggy, but the taste is ok.

From Ginn
I just wanted to say that the Applesauce French Toast was fantastic! It was so moist and the taste was outstanding. I would definetly recommend this recipe to anyone especially for kids since it's so easy to make!