(4 servings)    Printable Version
Today, I was looking for a very easy French toast recipe I could make and photograph for an article I'm writing. I decided to give this one a try. It was submitted to the site in 2009 by "shannond". It's now March 2013 and I'm pretty happy with how the photos turned out. But the bonus is... this French toast is really, really tasty. The only change I made was to reduce the maple syrup to 2 Tablespoons. I'd recommend that. It had the perfect amount of sweetness and still delivered tons of maple flavor. 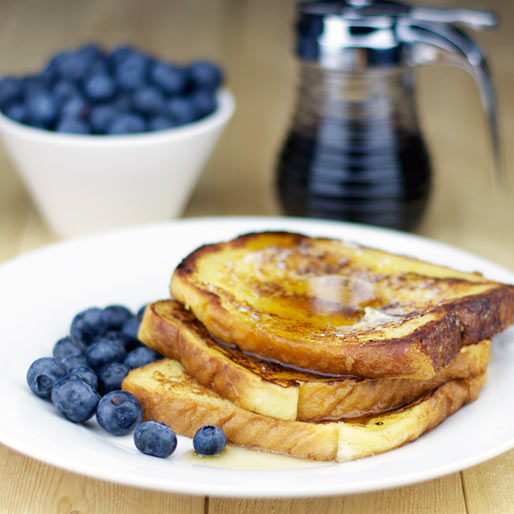 Whisk the milk, eggs, maple syrup, cinnamon and salt together in a large bowl.

Melt butter in a large skillet over medium high heat (if making in batches, save half the butter for the next batch).

Soak the bread in the egg batter. Make sure both sides are completely coated. Cook until the underside of the bread is golden brown. Turn and cook the other side until golden brown. Do this with the remaining bread slices. 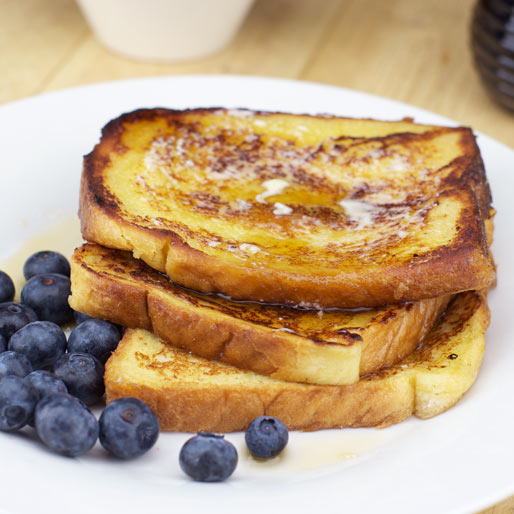 Mr Breakfast would like to thank shannond for this recipe.


Comments About This Recipe
What do you think of Maple Syrup French Toast?
Overall Average Rating = 5 (out of 5)
Based on 2 votes.

From odette
Just perfect and easy.

From G. Drake
This is very tasty. I increased the milk to 1 cup and left everything else the same. I was able to make 9 slices.