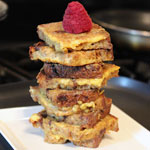 (2 servings)    Printable Version
I found this to be totally enjoyable. It didn't feel like diet food at all. I used a wholegrain cinnamon raisin bread. The bread was noticeably dryer than a non-wholegrain variety, but once the finished pieces were dipped in sugar-free maple syrup or drizzled with honey, it just felt like terrific French toast. Naturally, I missed the experience of smearing butter and dousing pure maple syrup over everything, but I was satisfied and my craving for French toast was quenched. (This recipe was submitted in 2003. It was tested and photographed in October 2015.) 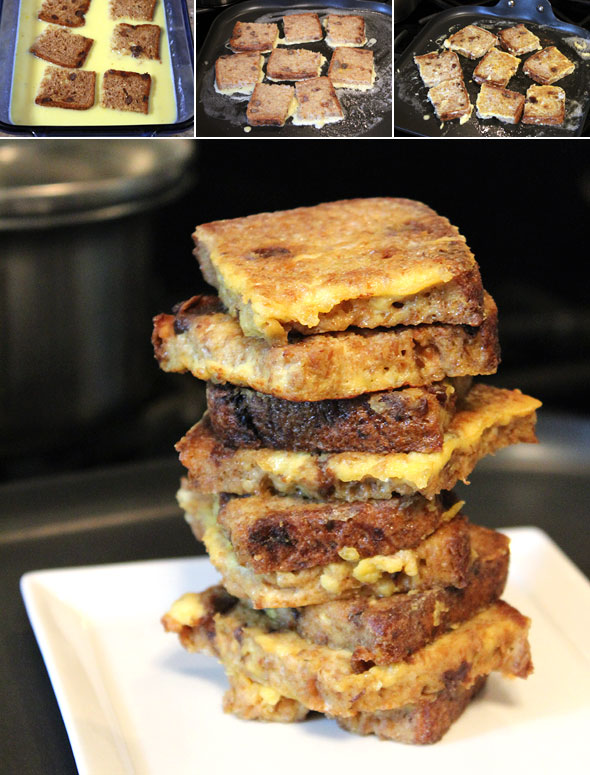 Cut each slice of bread into 4 squares. I leave the crust on, but you can remove it you want.

In a large shallow bowl, mix together the egg substitute, milk, vanilla, cinnamon, and, if you want, the salt.

Prepare a large skillet on a heat just above medium with no-fat cooking spray.

Add all the bread pieces to the "egg" mixture bowl and gently scoot them around with your fingers -- flipping each piece so both sides are drenched and all the mixture is absorbed.

Start cooking the bread pieces in the skillet a batch (as many pieces as you can fit in the skillet) at a time. Brown each slice for about 3 or 4 minutes. Give the skillet another thin spray of cooking oil between each batch. 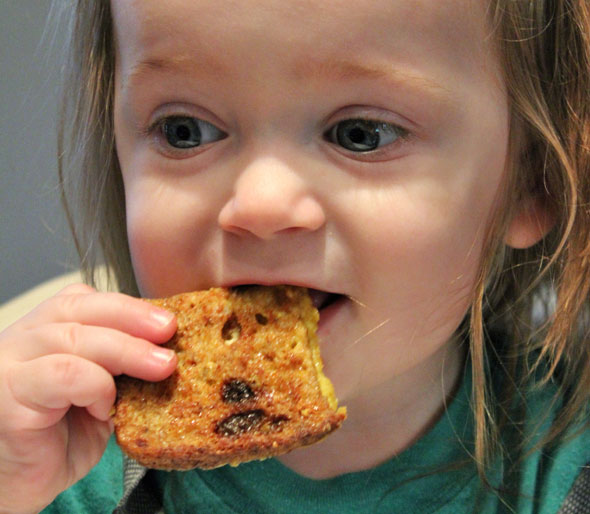 I like this with maple syrup or jam on top. Bananas slices and vanilla yogurt is a fun topping too!

Mr Breakfast would like to thank PromQueen for this recipe.


Comments About This Recipe
What do you think of Diet French Toast Bites?
Overall Average Rating = 5 (out of 5)
Based on 3 votes.

From sassafraz70
This is so much better than the multi-grain waffles I was spending my money on at the store since I joined Weight Watchers. And the smell of it cooking is pure heaven. Thank you.

From Chris Dickson
I made some of these for breakfast this morning and had sugar free maple syrup on them. They were delicious!! It made me feel as if I wasn't dieting at all. I've been on my diet for over a year and have gone from 335 to 180, and I highly reccomend this recipe.