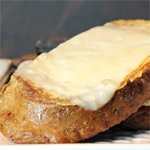 (4 servings)    Printable Version
This recipe has received a few positive reviews since it was originally submitted in 2003. I tried it this morning and I'm sad to report that I didn't really get it (see important update below). I like both sweet and savory French toast recipes, but this dish couldn't decide what it was. I tried it with maple syrup. I tried it with mustard. Nothing worked. I found it to be a glorified open-face cheese sandwich and not a very good one at that. Muenster cheese is stringy when melted and that made it a pain in the butt to eat. If you do want to give it try, I'd recommend increasing the number of eggs to 3 and the milk to 3/4 cup if you want to soak 8 slices of bread. The only thing I really like about this recipe is that German Muenster French Toast sounds like Herman Munster French toast and I always liked the Munsters. For a better savory French toast experience, try Ham & Swiss Stuffed French Toast. (The recipe on this page was tested and photographed in February 2015.) 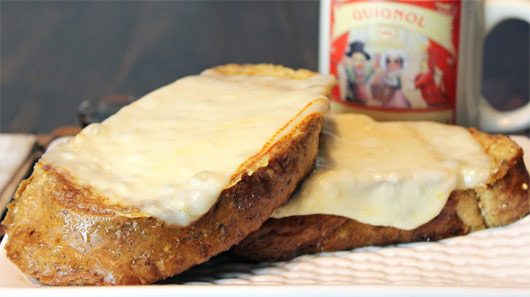 Melt butter in a skillet on medium heat.

In a small bowl, beat together eggs, milk and salt.

Dip bread slices one at a time in egg mixture, and fry in butter until golden-brown. After turning once, top each slice of bread with a slice of muenster cheese. Cover skillet until the cheese is melted. 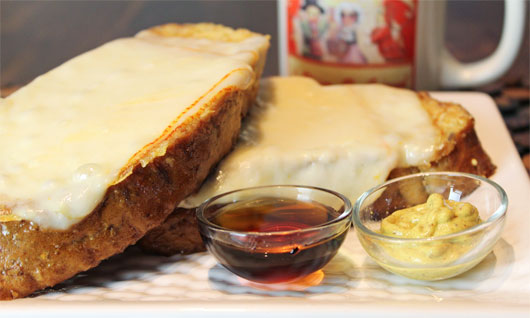 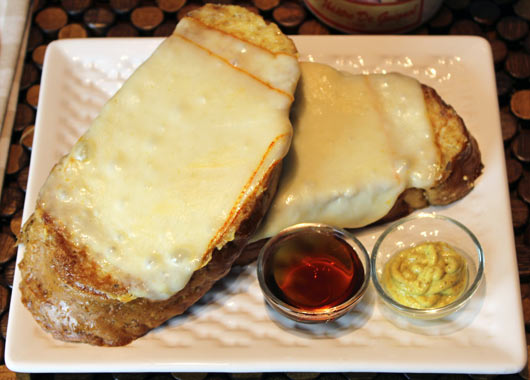 A couple weeks after I first tried this recipe, I tried it again but, this time, with smoked Gouda slices. It was much better and actually paired surprisingly good with maple syrup as a topping.


Comments About This Recipe
What do you think of German Muenster French Toast?
Overall Average Rating = 4 (out of 5)
Based on 3 votes.

Muenster cheese as the U.S. knows it is an American cheese. It does not exist here in Germany. The only Muenster cheese available here is the French kind, which is a soft cheese with a rind more like a brie. Also, I have never heard of any German putting cheese on french toast. In short, there is nothing genuinely German about this recipe.

From Vas. Diff
Best French toast ever! Kind of a funny name - German French Toast - when you think about it. But melted cheese on good bread is so good. A little like a meat-free Monte Cristo sandwich.

After living in Germany for 9 years I have not found muenster cheese any where or heard of this as a food item.

From rain
I think is the best french toast.

From dk2852 (Team Breakfast Member)
This is kinda gross because of the cheese.