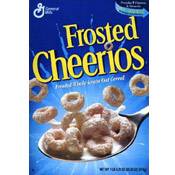 The cereal's original slogan was "Frosted Cheerios taste so good, the box never closes," as in...

A later slogan was "the taste gets you out of bed." 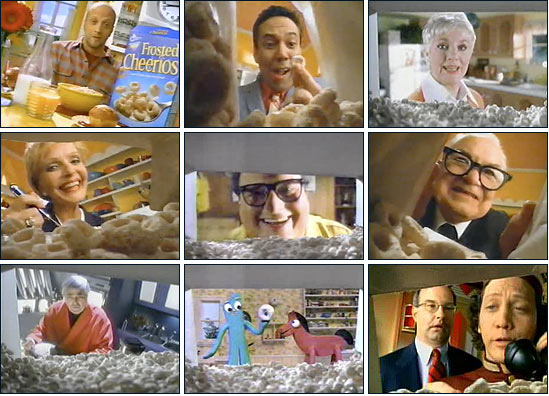 In 2004, Marvin E. Rogers of Chandler, Arizona alleged that he nearly broke his tooth on a small dime-sized piece of metal found in his box of Frosted Cheerios. Rogers filed a claim against General Mills, but the complaint's current status is unknown. 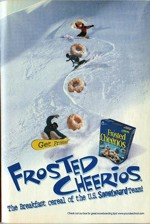 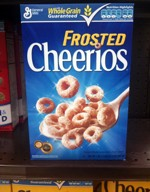 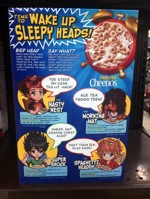 Submitter: Mr Breakfast
Uploaded: 10/15/2009
Additional details
Upload an image for this cereal
Comments About This Cereal
What do you think of Frosted Cheerios?

I like this cereal a lot but now they're hard to find. Since Alpha-Bits changed to how they are now (not good), this is a good substitute and even better than the old Alpha-Bits.

Dude, they taste like the marshmallows from Lucky Charms with Cheerios texture - not even lying.

This happens to be a revived version of Frosty O's.

I can not find them in local grocery stores for the last five months. I don't care if they contain sugar... I love them!

Ugh. I just had these for the first time this morning. I was disappointed. They have a sickeningly sweet taste, very artificial. I thought they might taste more like Honey Nut Cheerios or Multigrain Cheerios, which are lightly sweetened yet really good. Frosted Cheerios aren't worth it. Glad I only had a free sample-sized box!