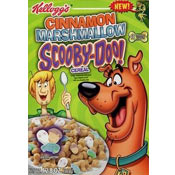 
This cereal was described on the front of the box as a "crispy, sweetened multi-grain bone-shaped cereal with marshmallow bits."

It was released in coordination with Cartoon Network who was airing reruns of the cartoon Scooby-Doo when the cereal came out. At that time, the popularity of Scooby Doo was at a relative high. A live-action Scooby Doo film debuted in theaters a few months before this cereal debuted in grocery stores. 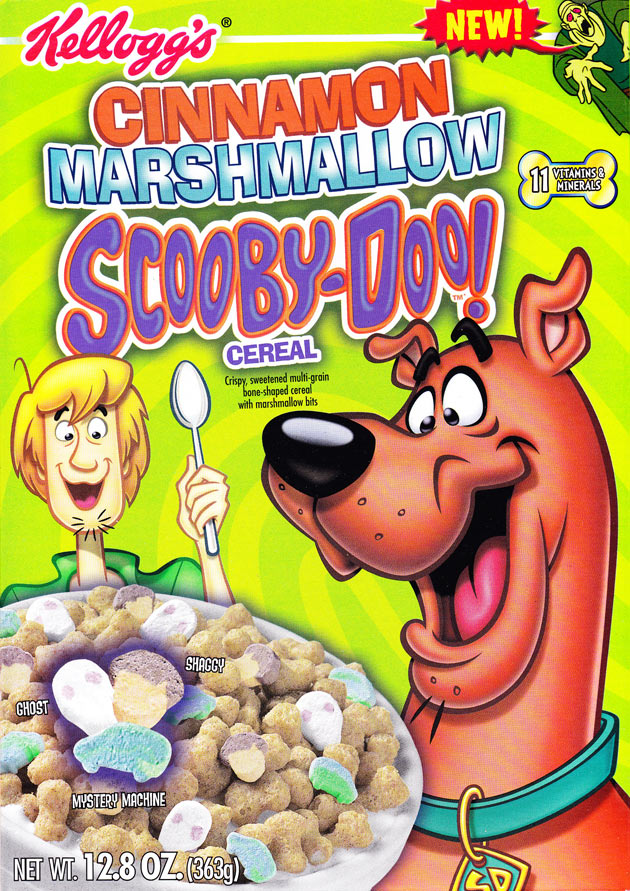 As part of this cereal's introduction, Kellogg's held an event in Branson, Missouri called the "Kellogg's Scooby-Doo Cereal Sound-Alike Challenge." Participants were asked to do their best Scooby-Doo voice impersonation while eating a mouthful of the new cereal. Hundreds of people took part. The winner was Jason Merrick of Cabot, Arkansas who won a year's supply of Cinnamon Marshmallow Scooby-Doo cereal.

In a press release about that event, dated August 27, 2002, Kellogg's described the cereal:

"Now available at supermarket and grocery stores nationwide, new Kellogg's Cinnamon Marshmallow Scooby-Doo Cereal brings the fun of Scooby-Doo and all the gang, including Fred, Daphne, Velma and Shaggy, to breakfast tables nationwide. Fortified with 12 vitamins and minerals, the cereal features crispy, sweetened cinnamon-flavored multi-grain bone-shaped cereal with marshmallow bits shaped like Shaggy, the Mystery Machine and the ghost. The cereal also includes fun Scooby-Doo games on the back of the box." 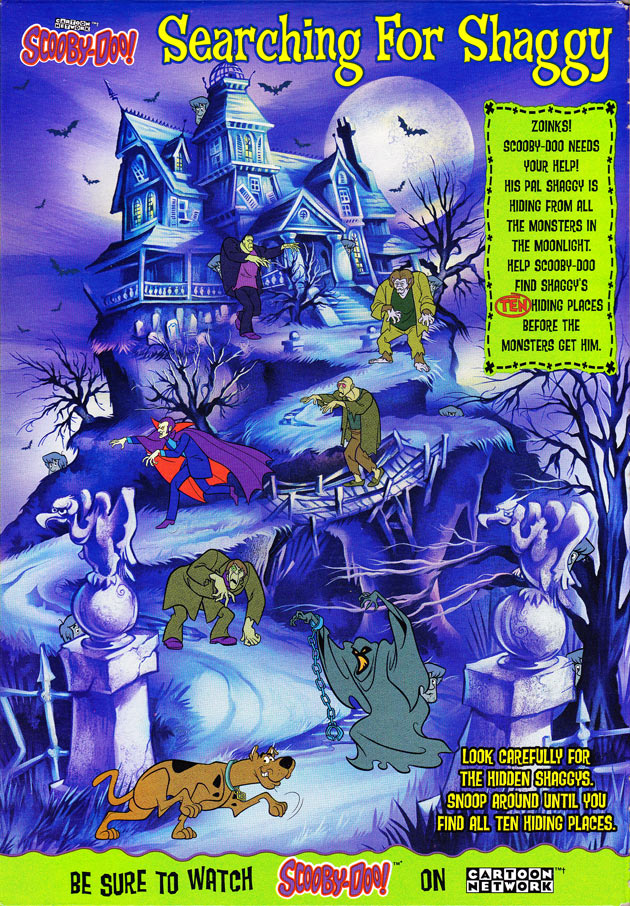 The activity panel on the back of the introductory box was called "Searching For Shaggy". It was a monster-filled haunted house scene where you were meant to look for Shaggy hiding in 10 different places. Zoinks! 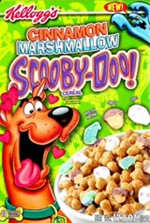 Submitter: leprican_katie
Uploaded: 6/22/2008
Additional details
Upload an image for this cereal
Comments About This Cereal
What do you think of Cinnamon Marshmallow Scooby-Doo?

View all 105 comments for this cereal.

This was all the best things about Cinnamon Toast Crunch and Lucky Charms combined! Bring it back!

Scooby-Doo cereal was the real deal. Tasted great and should have stayed around longer. Bring it Back!

Loved this! Wish they'd bring it back.

By Rename Bring Back

This cereal is one of my top 2 favorites along with Waffle Crisp.

Wow I remember this cereal, it was so good. I really liked the taste of these cinnamon puffs more than current cinnamon flavored cereals, add some marshmallows to make it even better.

Everyone else here is totally wrong. This cereal tasted terrible.

I loved this cereal. I remember searching for it in the grocery bags when my parents came back from Walmart as a kid.

Oh my... I just love these. I wish they still made these. Great childhood memories. I use to get 3 boxes at a time just for myself.

View all 105 comments for this cereal.