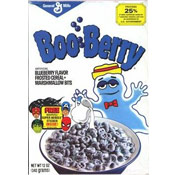 From: General Mills
Introduced in 1973 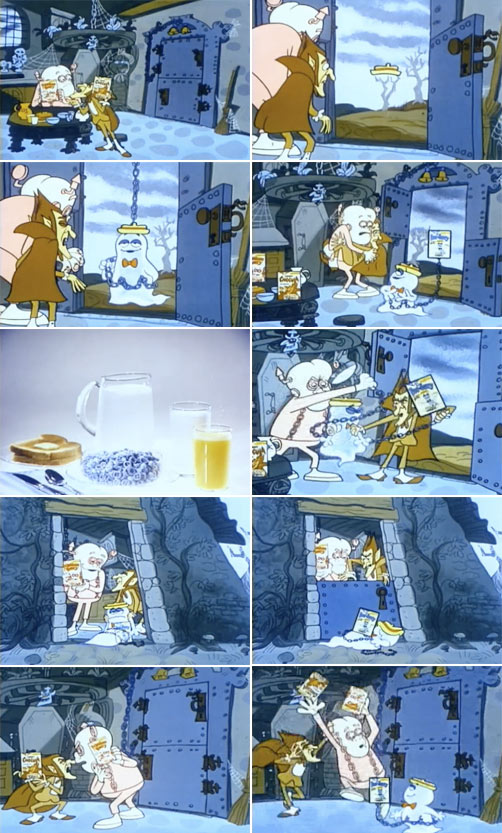 The following is a transcript of the very first
Boo Berry television commercial from 1973:

[ Opening the door, Franken Berry and the Count are greeted by a floating yellow pork pie hat. The body of a ghost materializes beneath the hat. He's blue and carries a jangling chain. ]

[ Reacting to the word "boo", a frightened Count Chocula jumps into the arms of an equally frightened Franken Berry. ]

[ An image appears of a bowl of Boo Berry Cereal, two slices of white toast, a glass of milk and a glass of orange juice. As action resumes, Count Chocula and Franken Berry react defensively, tying Boo Berry in his own clain. ]

[ Franken Berry and Count Chocula force the blue ghost out the door and slam it violently shut. ]

[ Back inside the kitchen, Franken Berry and Count Chocula continue the argument they were presumably having at the start of the commercial. ]

[ Surprised to see their unwelcome visitor once more, Franken Berry and Count Chocula jump up and down and wave their hands in horror. ]

The following description of Boo Berry is from 2010 marketing material promoting the cereal for Halloween:

"A spoonful of spooky fun in every bowl, Boo Berry is a whimsical way to start the day. Made with whole grain corn, Boo Berry combines blueberry-flavored frosted cereal with colorful marshmallow shapes to create a delicious cereal that kids and adults can enjoy. Each serving of this playful, monster-themed cereal is low in fat with no cholesterol or saturated fat. It's also a good source of calcium, whole grain, and 9 other essential vitamins and minerals." 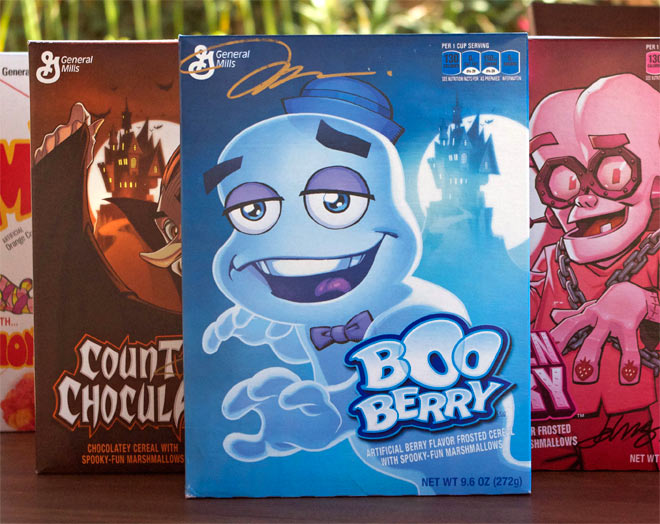 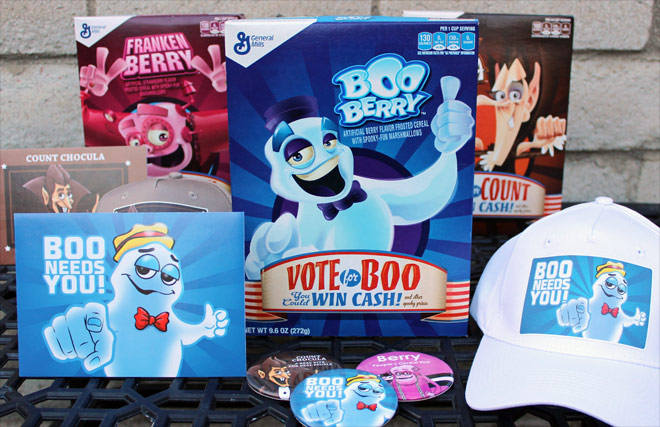 For the autumn 2016 version of the box, Halloween crossed paths with the Presidential election. The front of the box urged fans to "Vote for Boo". The back of the box instructed you to vote for your favorite Monster cereal at MonstersVote2016.com for "a chance to win a grand prize of $5,000 or hundreds of other frightfully fantastic prizes."


For more information on Boo Berry including more images of boxes and prizes, be sure to check out The Unofficial Boo Berry Page from Boo Berry fanatic Roger Barr.

The voice of Boo Berry is based on that of Pete Lorre, a black-and-white movie era actor most famous for portraying the creepy, mysterious, yet somehow lovable assistant to a plethera of horror movie villains.

The voice was provided by Paul Frees who also gave voice to The Pillsbury Doughboy, a later version of Froot Loop's Toucan Sam and Santa Claus in Frosty The Showman.

1984 Boo Berry Commercial
Additional Images
These are the most recent images. Click here to see all pictures for Boo Berry. 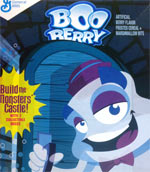 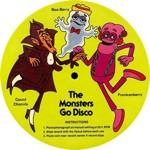 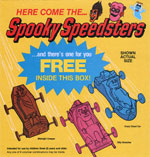 
Upload an image for this cereal
Comments About This Cereal
What do you think of Boo Berry?

View all 60 comments for this cereal.

I have always loved the Boo Berry and Franken Berry cereals. They are hard to find. I buy them when I see them though.

You can buy a case around Halloween at Wal Mart or Target but it is not the same cereal we had as kids. The cereal is now corn based and not oat based. It is not nearly as good.

I would like to buy a case or two of Booberry. Is this possible? - Joan

Except for Count Chocula, neither my mother nor I could ever find them. They were advertised very heavily during late afternoon kid's programming back in the Seventies. I did eventually find Count Chocula and tried it. Till I was an adult many years later, I could not find the other Monster cereals.

It's a shame how every cereal we have grown up with has changed. Well I guess shredded wheat is still shredded wheat, but Boo-Berry and Count Chocula use to be so good. No wonder kids are so sad these days.

It is not even that good.

Used to be good. Now it literally tastes like the bottom of a Captain Crunch bag.

A poor replica of the once terrific cereal that I loved as a kid. Too bad they had to mess it up. It's time to pull the plug on it, and let it pass into history. That would give them more resources to create some possibly decent cereal, for a change.

View all 60 comments for this cereal.