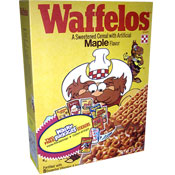 From: Ralston
Introduced in 1979


This cereal was described on the box as "a sweetened cereal with artificial maple syrup flavor". A blueberry version of the cereal was also available.

Known premiums: a free Maze Game, Wacky Package Stickers, a cardboard punch-out of Waffelo Bill or one of his friends and a send-away offer for a belt buckle. 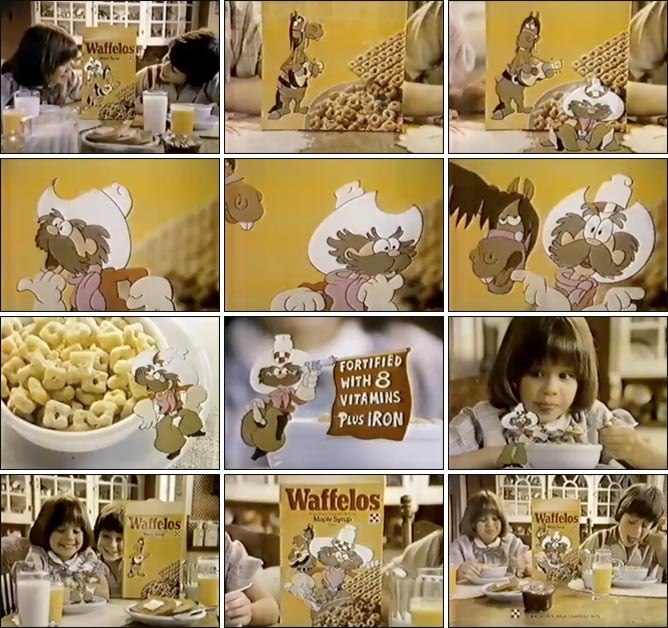 As a boy and a girl examine a new box of Waffelos Cereal, the characters on the front of the box come to life. Meet Waffelo Bill and his guitar strumming horse.

Waffelo Bill jumps completely off of the cereal box and lands on the table... on his butt.

Horse: That's easy for him to say.

Girl: What are Waffelos anyways?

Waffelo Bill: You're looking at 'em partners. New waffle shaped cereal squares that taste like waffles with the flavor of maple syrup mixed right in.

Boy: They stay crispy in milk.

Waffelo Bill: Yep. And their chock full of all kinds of good thangs.

Girl: What kind of good things?

Horse: He means they're fortified with 8 vitamins plus iron.

Horse: Waffelos... the flavor of waffles and maple syrup.

Waffelo Bill's sidekick was a low-speaking, sensible horse. The horse would often chime in with a common sense description Waffelos at points in commercials where Waffelo Bill got so excited he stammered or made no sense. This horse also played a mean twang guitar. 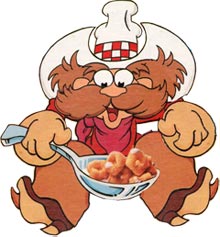 This cowboy character was short in stature with a very large hat and a huge mustache. When promoting blueberry flavored Waffelos, Bill would round up blueberry critters with his lasso. A commercial for maple flavored Waffleos hinted that Bill also rounded up another critter called a Waffelo to make that cereal. 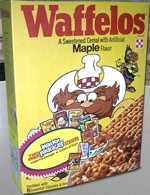 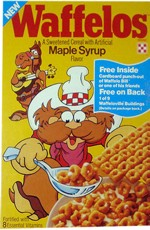 Submitter: jaarhday
Uploaded: 9/23/2008
Additional details
Upload an image for this cereal
Comments About This Cereal
What do you think of Waffelos?

Eggo Maple Ayrup cereal is really close to this.

It was my absolute favorite cereal as a child! I dream about it often. Please, someone bring it back!

I got my first train set from a giveaway from Waffleos. I sill have it, and the cardboard town cutouts from the back of the box!

YJ and Johnny X said it best! I'd go broke today for this maple, buttery flavored cereal! The 70's/80's... When cereal didn't taste like cardboard!

One of my top 10 of all time! Ralston made so many short-lived tasty cereals.

The best cereal ever made!!!

My all-time favorite cold cereal. I loved Waffelos and Wheat Hearts. If I like it, they discontinue it... (sob!).

This is my favorite cereal of all time. I wish I could have it again.

Waffelos was my favorite. Smelled great, tasted great, was the best!

By Darrell in SLC

Would I be crazy if I suggested that Waffelos was the same recipe as Freakies just rebranded and repackaged?