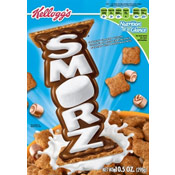 
This cereal was described on the box as a "rich chocolatey graham cereal with marshmallows". The marshmallows were brown and white, and intended to look like chocolate had been swirled into them. The very first cereal box urged potential buyers to "bring the S'mores experience home to your breakfast table!"

At the height of production, thousands of pounds of chocolate cream were used each day to make Kellogg's Smorz - that's about as much as 7 elephants weigh. Millions of marshmallows were used during s single day's production - that's more than enough to fill 3 classrooms! 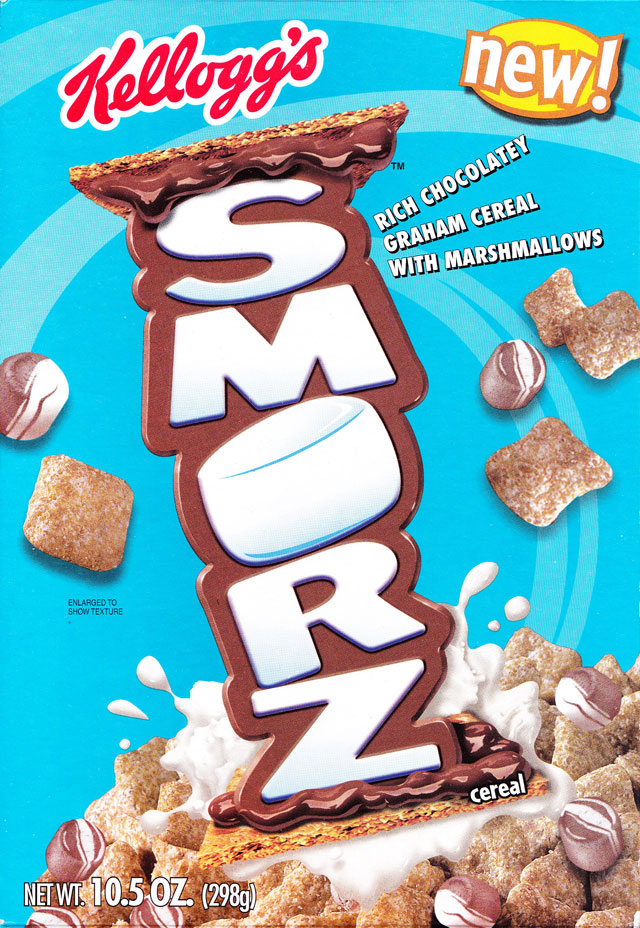 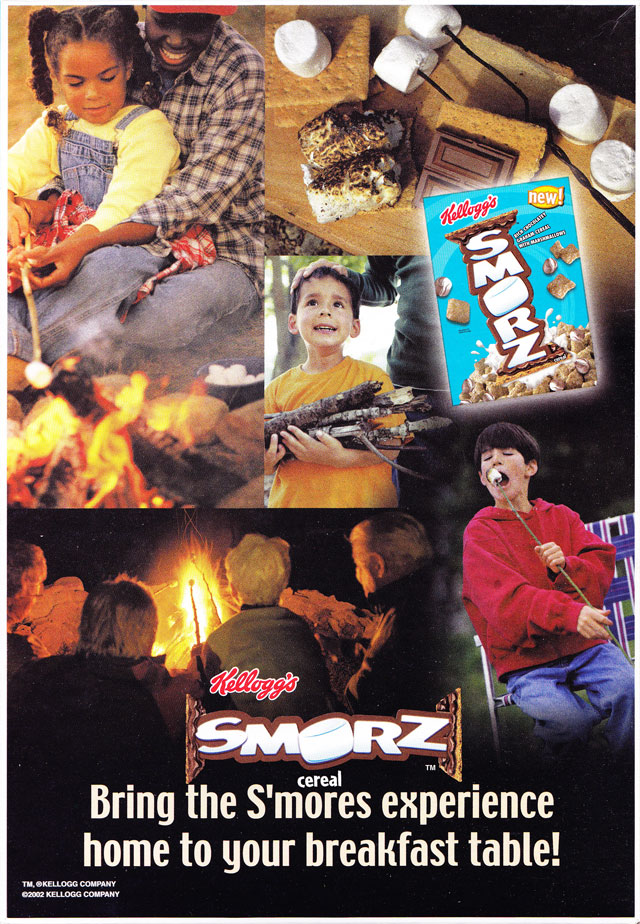 A 2004 one-sheet advertisement created to promote word-of-mouth for Smorz cereal described how the cereal was made:

1. Grains like corn, oats, wheat, and graham are mixed with salt sugar and vitamins.

2. The mixture is cooked until it becomes doughy.

4. A very important person tastes the cereal to make sure it tastes good.

5. A shower of flavors - marshmallow and graham - rain down on the cereal. Even vitamins are added to the shower.

6. The cereal is dried off then tested again - to make sure the flavors are right on.

7. The cereal gets coated in chocolate and is lightly dusted with sugar to make it taste even better.

8. The cereal is tested AGAIN (wouldn't you like that job?) to make sure it's good enough for you and your friends.

9. Before it's packaged, marbits - tiny marshmallows with dark swirls - are added to make it extra yummy! 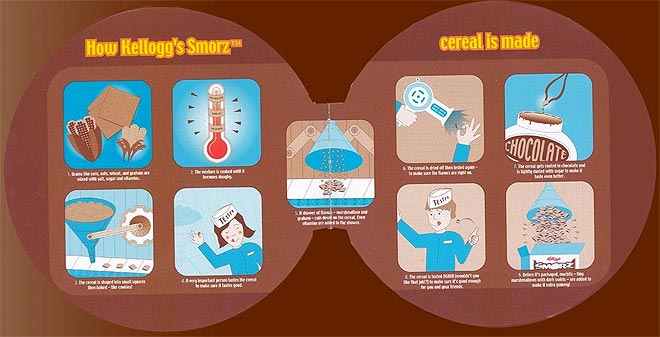 Smorz Cereal was discontinued in 2013.

It was reintroduced in 2015. Partially hydrogenated soybean and cottonseed oils were removed from the recipe. Unfortunately, the cool chocolate swirls in the original marshmallows were gone too. Most reports say the cereal tastes very close to the original version.

Now Showing: 2003 Smorz Cereal Commercial
Upload an image for this cereal
Comments About This Cereal
What do you think of Smorz?

This is the best cereal in the world and I feel hurt every time I go to the store and they never have it. Please someone bring it back now!

Love this cereal. It's amazing!

This is my favorite cereal ever! Here's an error message cereal joke: BREAKFAST.SYS halted... Cereal port not responding.

Bought a box for my son as he loved this cereal. Nice to see it back. Now if only Concentrate would come back...

I freaking LOVE this cereal. THANK YOU Kellogg's for bringing it back!

This was seriously the VERY BEST cereal ever! Please (I'm begging) bring it back!

That was the best cereal ever! Why did they have to take it away:(

Bring this cereal back. It is my all-time favorite! More Smores please!

Come on people at Kellogg's! If you're reading this, you can tell we all miss Smorz and want it back. Do the right thing!