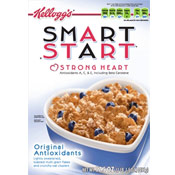 
This original version of Smart Start has been described on the box as "lightly sweetened toasted whole grain flakes with crunchy oat clusters... with antioxidants A, C and E, including beta carotene to help support a healthy immune system."

The first four ingredients listed on the side panel are rice, whole grain wheat, sugar and oat clusters.

As of 2011, this was one of two Smart Start cereals that was still available (or at least, still listed on Kellogg's website). The other was Toasted Oat Smart Start Cereal.

The following varieties of Smart Start are no longer with us: Cinnamon Raisin, Maple Brown Sugar, Soy Protein and Strawberry Oat Bites. 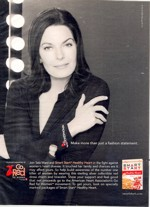 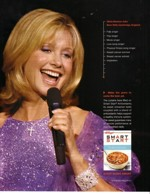 Submitter: Mr Breakfast
Uploaded: 10/6/2008
Additional details
Upload an image for this cereal
Comments About This Cereal
What do you think of Smart Start: Original Antioxidants?
There are no comments yet for this cereal. Be the first! Was it good? Was it bad?
Do you have information not included in the article? Let the world know!