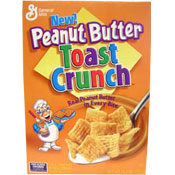 
An spin-off of Cinnamon Toast Crunch, the initial box for this cereal proclaimed, "Real Peanut Butter In Every Bite."

The cereal's mascot is a white haired baker named Wendell.

The back of the box in 2013 had the following text:

"Spread the news. Wendell has baked up a new batch of breakfast fun. New Naturally and Artificially Flavored Peanut Butter Toast Crunch starts with those delicious, crunchy squares. Then, each is covered in a rich, creamy dreamy peanut butter coating. The result is a perfectly balanced taste that everyone will go absolutely nuts for!"

Here's the cereal box as it appeared in stores in January 2013: 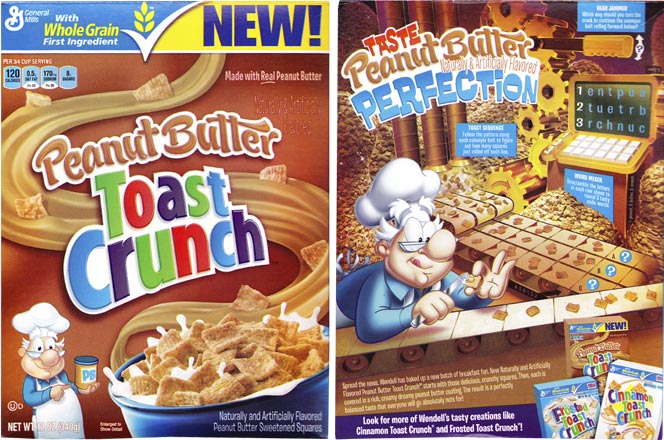 Here's the cereal box as it appeared in stores in December 2014: 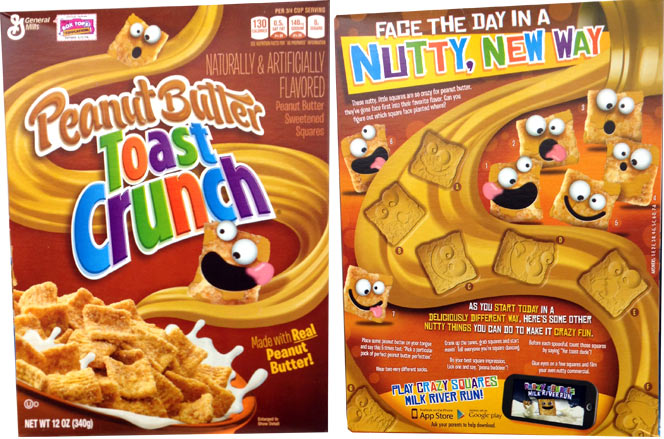 Peanut Butter Toast Crunch Cereal has been reviewed on MrBreakfast.com.

This is seriously my favorite cereal ever. But I can't find it anywhere! Not even Amazon!

General Mills - Please bring this cereal back! You could do it as a special promotion for a limited period of time. I believe Quaker Oats does this for Quisp Cereal.

One of the best American cereals I have ever tasted. I hope they bring it back.

I absolutely LOVE this cereal! Please bring it back! I can't find it anymore. Will they be bringing it back?

How do I buy it? I can't find it in stores anymore.

I found the Peanut Butter flavor not too overpowering. This is certainly a less sweet version of the regular Cinnamon Toast Crunch.

I love this cereal! Mix it with some Cocoa Pebbles and it's the best stuff ever!

This is the best cereal ever, but our Walmart keeps running out of it and we have to go to other counties to find it. Please see if you can keep it in our store. It is worth the ride tho!