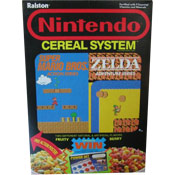 
This short lived cereal contained both Super Mario Bros. cereal and Zelda Adventure cereal. The cereals were contained in two separate 7.5 ounce bags. Text on the front of the box read, "Fortified with 9 essential vitamins and minerals" and "two different natural and artificial flavors: Fruity & Berry".

A 1989 magazine ad described it this way: 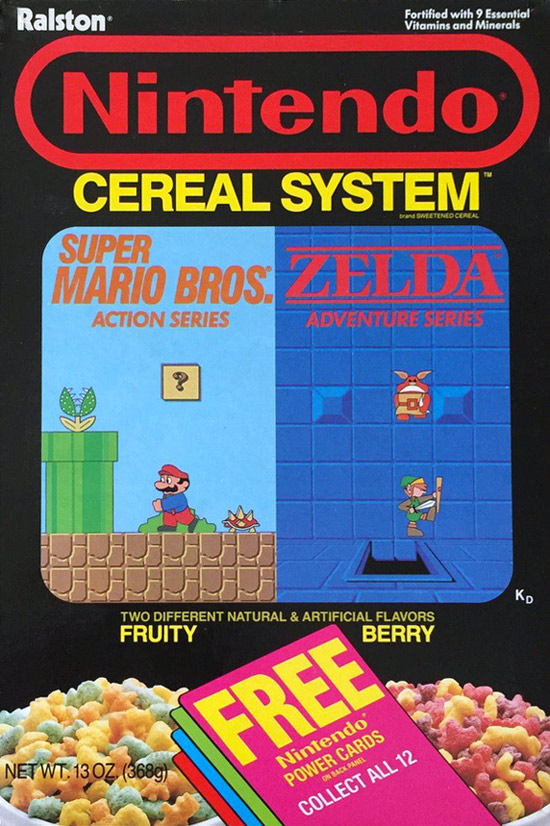 The back of one box read, "Jump on the chance to win a Nintendo Entertainment System Power Set!" Another set of boxes offered four Nintendo Power Cards on the back and encouraged cereal consumers to "collect all 12." 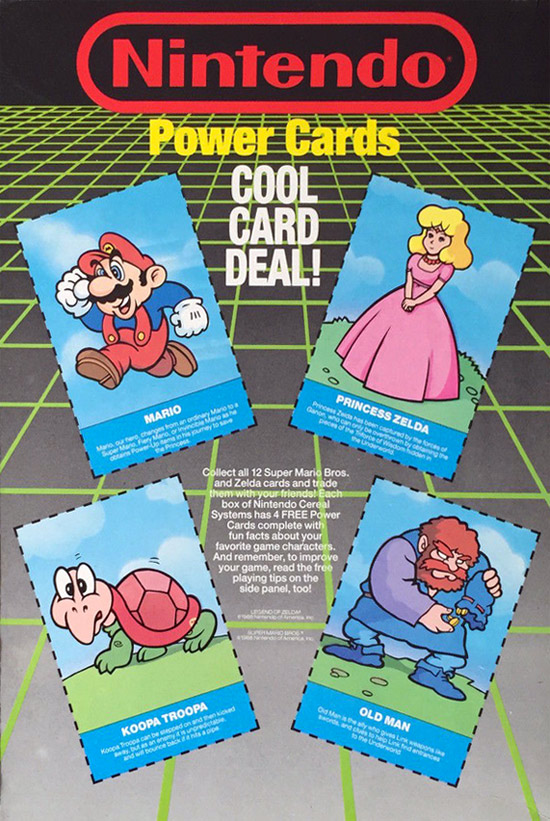 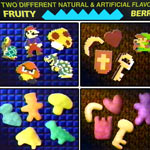 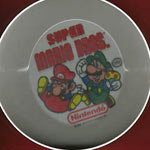 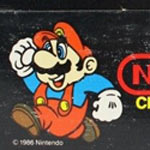 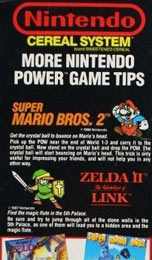 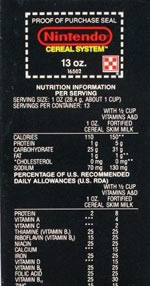 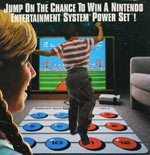 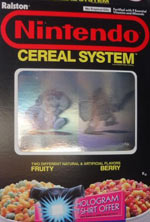 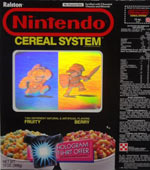 
Upload an image for this cereal
Comments About This Cereal
What do you think of Nintendo Cereal System?

I really do believe that Nintendo rules. When I was six and seven, the games were very fun like super Mario Bros, the Legend of Zelda, Mega Man and Double Dragon and I always thought Super Mario Bros was the best - even the sequels were also fun. Mario can use all kinds of power ups. He can fly like Superman, shoot fire balls, be invincible with the star, turn big with the mushroom. That's what makes him very cool and Nintendo is part of my childhood. It always will be, even in the near future.

The Nintendo cereal was so cool and fun to eat and super Mario Bros is my favorite video game of all time along with Donkey Kong, Pac-man, the Legend of Zelda, Mega Man and Double Dragon. Mario is my favorite video game icon and he and his brother Luigi are the coolest guys ever. Even Mario is so cool - he knows how to save the princess from arch enemy Bowser and knows to take him down anywhere and that would make him king of the castle and save the mushroom kingdom with his power ups.

AWESOME. But I have never tried it before, but I hope it returns to my city in mid-2019.

I've have an empty box being delivered to me, but does anyone know or have any leads on how I can get my hands on the 2 bags of actual cereal short of having to spend like $400.00 to buy a box with the cereal in it?

These sounded great. Wish I tried them when I was a kid. I remember playing Nintendo at my friend's house down the block. He was huge into Nintendo and I remember he had a box of these in his Kitchen cabinet. I remember wanting to try some, but I never did. I love fruity flavored cereal too. I need a time machine.

I'm a huge video game freak mostly on Nintendo with Mario. I made it the subject of my history paper at school and they were amazed. My dad told me about this cereal and I was fascinated. Please bring it back.

This was the greatest cereal ever! The only reason I'm searching Nintendo Cereal is because out of nowhere I started singing the jingle to myself.

I like it! Never tried it, but wish it was still around to try. Fun.

The Mario cereal was the better of the two. Neither were that great, but the novelty of it all was quite cool.