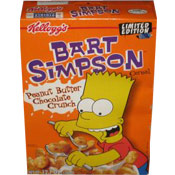 
The subtitle for this limited edition cereal described the cereal's flavor... "Peanut Butter Chocolate Crunch". The cereal pieces were similar to Corn Pops or overgrown Kix in shape and color, but with areas of darker brown to indicate the chocolate.

The flavor of Bart Simpson Cereal has been described as being similar to Peanut Butter Cap'n Crunch or Reeses Puffs - but not quite as good.

The following year (2002), Kellogg's released a Simpsons-related cereal in the Great Britain and Australia called Bart Simpson's No ProblemOs. This cereal consisted of frosted multi-grain cereal loops and mini chocolatey biscuits with characters from the Simpsons cartoon etched on the surface.

The Simpsons television series first aired on American television in 1989. In 2007, the first Simpsons motion picture appeared in theaters. As part of a promotion for the film, select Seven-Eleven stores across the U.S. sold yet another Simpsons-related Breakfast Cereal - Frosted Crusty O's (produced by MOMCO). Unlike previous Simpsons cereals, the Krusty cereal seemed to be made strictly for memorabilia collectors. The cereal in the box was a sub-par knock-off of Froot Loops which looked nothing like the cereal depicted on the front of the box. 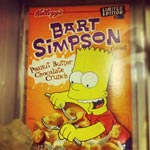 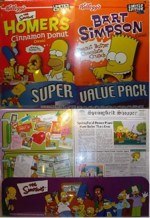 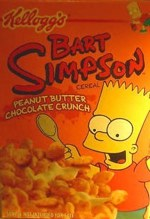 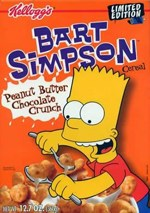 Submitter: Mr Breakfast
Uploaded: 3/14/2008
Additional details
Upload an image for this cereal
Comments About This Cereal
What do you think of Bart Simpson?

This cereal was really good but man, I really had to go to bathroom after I ate bowl.

Tasted kinda like the E.T. cereal from the mid-80s.

Yum! It was good - like Peanut Butter Pops but crunchier. Plus it's the Simpsons. What more could you want.