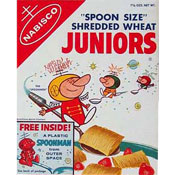 From: Nabisco
Introduced in 1958


We know that this simple shredded wheat cereal was available in 1958 and 1959. The characters on the front of the boxes were called Spoonmen. They were individually named Munchy, Crunchy and Spoon-Size. Munchy - the leader of the group, also appeared on boxes of Nabisco's Spoon Size Shredded Wheat cereal. 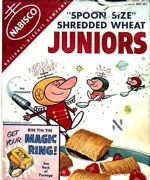 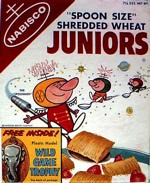 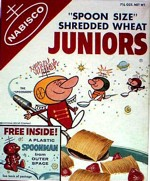 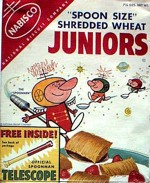 Submitter: jeffrey
Uploaded: 8/5/2010
Additional details
Upload an image for this cereal
Comments About This Cereal
What do you think of Juniors?
By atticrat59

Just bought a Jr. Cereal box - has all spoon sitters on front. But on the back is a cut out aircraft carrier with jet plane. In fact, that is what is posted on the front of the box. Can't seem to find anything on it. Complete box, sold for 18 cents. Do you guys know anything about it? Thanks.

Grampa got me on this one, baited by the free spoon sitter toy inside the box I had to eat about a dozen boxes to get a full set. It was how I knew gramp's shredded wheat was tasteless, and that he was full of fiber.