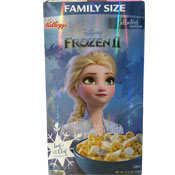 
This cereal from Kellogg's and Disney consists of (nearly flavorless) Cheerios-esque loops and marshmallows shaped like parts of a snowman (including carrot noses) and leaves. The box which features the character Anna on one side and Elsa on the other says, "Build you own Leaf & Olaf Marshmallows." Olaf is a snowman character from Frozen II who is also featured on the box.

The cereal is a promotional tie-in for the animated film Frozen II which was released in theaters in November 2019. 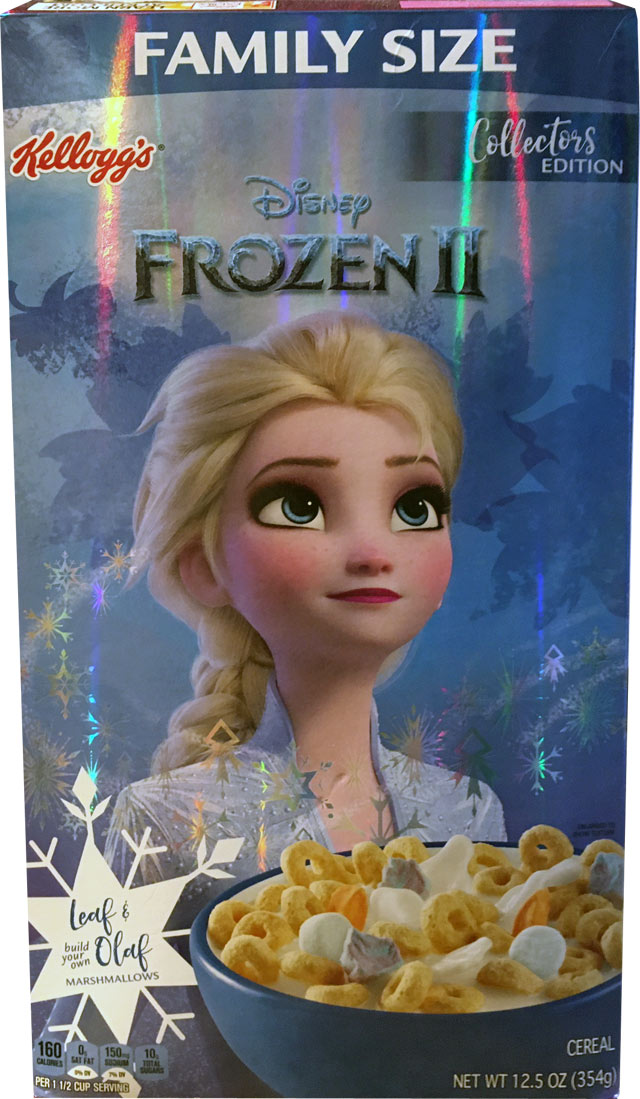 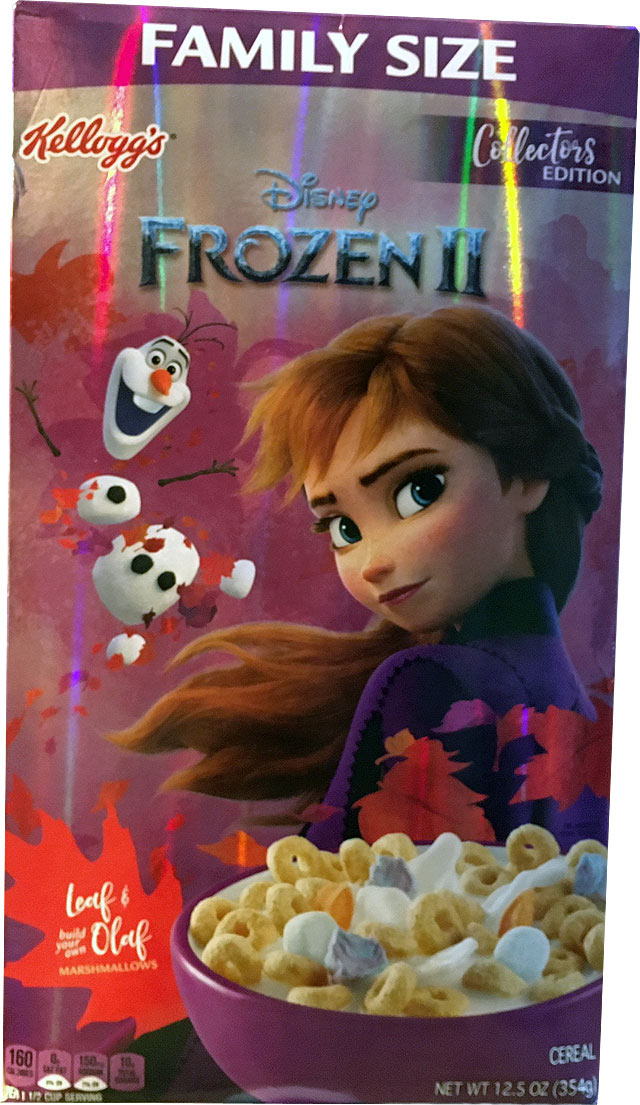 In 2014 to commemorate the release of the original Frozen film, Kellogg's introduced another cereal appropriately called Frozen Cereal. The cereal was very similar to its predecessor except the marshmallows were meant to resemble snow and ice crystals.


Click here to see all cereals from Kellogg's.
This cereal belongs to the following Mr Breakfast Cereal Families:
Upload an image for this cereal
Comments About This Cereal
What do you think of Frozen II?
There are no comments yet for this cereal. Be the first! Was it good? Was it bad?
Do you have information not included in the article? Let the world know!