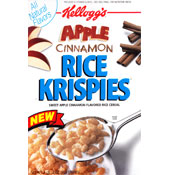 From: Kellogg's
Introduced in 1993


This cereal was described on the box as a "sweet apple cinnamon flavored rice cereal" with "all natural flavors". It was introduced the same year as Kellogg's more popular Rice Krispies Treats Cereal.

A jingle from a TV ad in 1993 warned viewers, "You're gonna lose yourself in cinnamon... Rice Krispies... with the taste of apple cinnamon." Some ads (mostly 1994) featured a new mascot - Max The Gorilla Body Guard - who would protect kids from people trying to take their cereal.

The following long description is from the side of the introductory box: 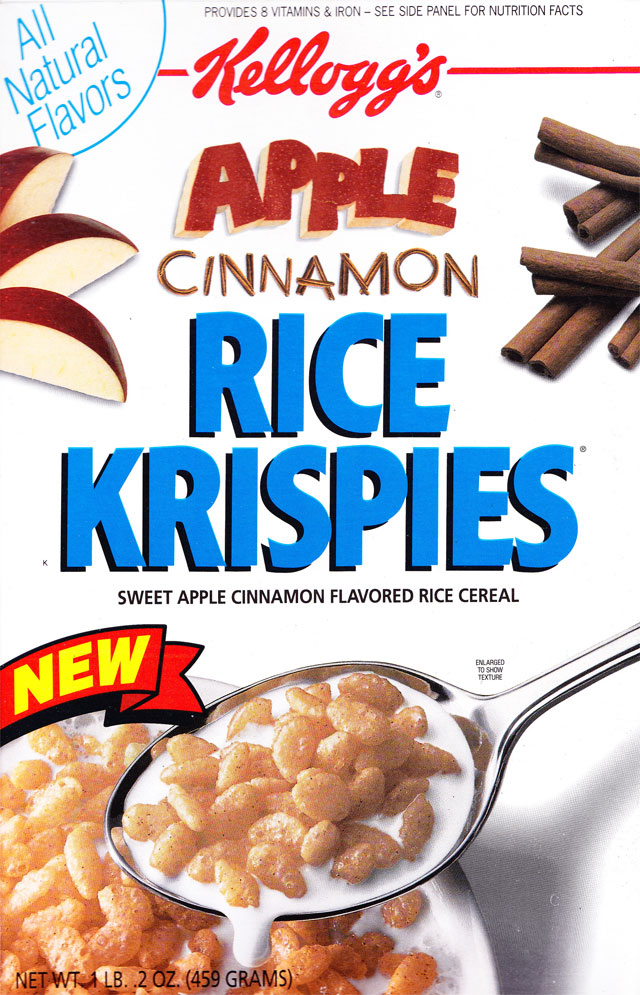 The ingredients listed on the nutrition panel were rice, sugar, corn syrup, salt, cinnamon, natural apple flavor, malt flavor and a smattering of vitamins and iron. 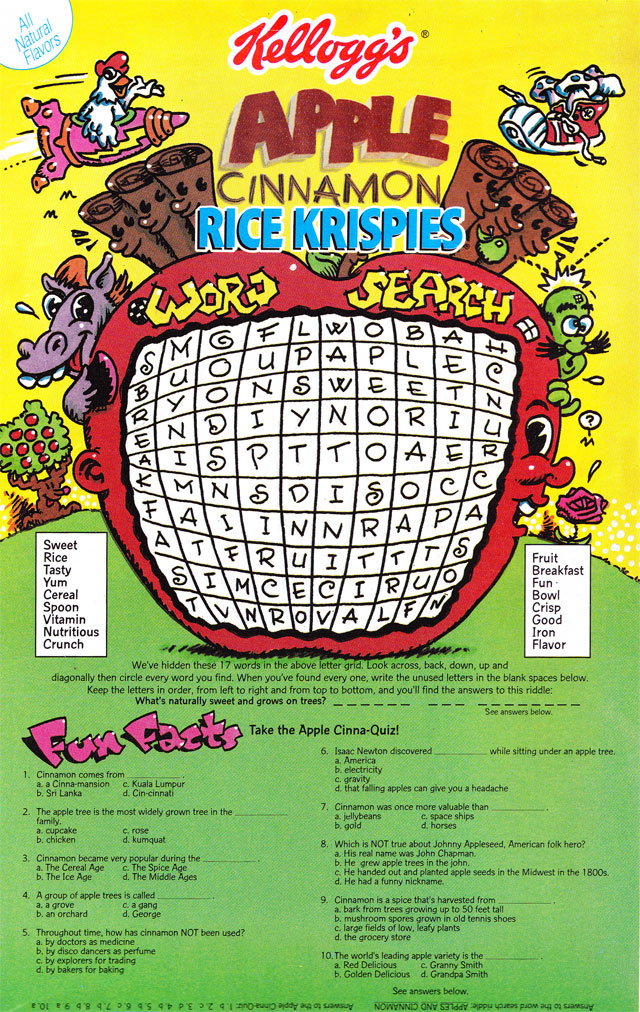 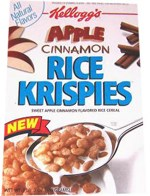 Submitter: Mr Breakfast
Uploaded: 4/10/2009
Additional details
Upload an image for this cereal
Comments About This Cereal
What do you think of Apple Cinnamon Rice Krispies?

I have dreams about this cereal. Was SO good! No added sugar needed. And made the BEST Rice Krispie Bars EVER! Please bring it back Kellogg's.

It's criminal that this Apple Cinnamon Rice Krispies was discontinued! This was the best cereal of my entire life! It beat everyone else, including Cinnamon Toast Crunch!

This was my all-time favorite cereal. If I ever invented a time machine, my first stop would be to buy this cereal.

Why do all really great things end? Forget all those chocolate cereals! Please bring this ultimately great cereal back! This was the best!

Wow, not sure how I missed these during my childhood. They sound awesome. I ate a lot of different cold cereals as a kid in the 80s and 90s, but I missed this one. Sounds like a lot of people loved it too.

I remember waking up early on the weekend to eat an entire bowl of this. I would pay $1000 for just one more bowl. If a Kellogg's employee is bored at work and comes across this website, please please please bring this back.

My all-time favorite cereal from when I was a kid. I hope they bring it back someday.

I'll definitely buy it if it comes back to stores. Fingers crossed.