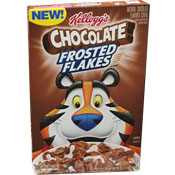 
The front of the introductory box from November 2017 described this cereal as a "natural chocolate flavored cereal." It's basically traditional Kellogg's Frosted Flakes with a heavy dusting of chocolate coating. 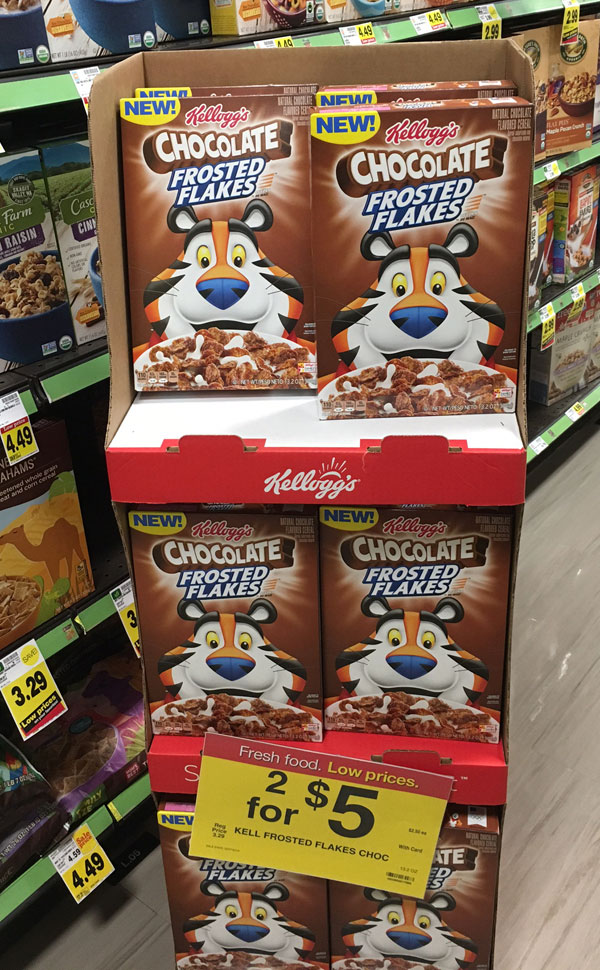 It should be noted that another version of Chocolate Frosted Flakes was introduced by Malt-O-Meal in 2010.