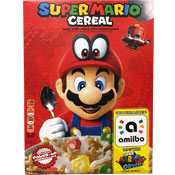 
This cereal is described on the box as a "mixed berry cereal with marshmallows... featuring Power-Up Marshmallows." The front of the box features the video game character Mario holding a spoon while gazing at a bowl of the cereal. The front also indicates that "this box is a special amiibo... try it with Super Mario Odyssey."

An amiibo is a way for items like action figures or cereal boxes to communicate with Nintendo gaming systems via scanning... not completely unlike the way groceries are scanned at checkout.

To quote the back of the box: "Every Super Mario Cereal Box is an amiibo you can use to unlock special content to power up your Super Mario Odyssey adventure! Scan here." 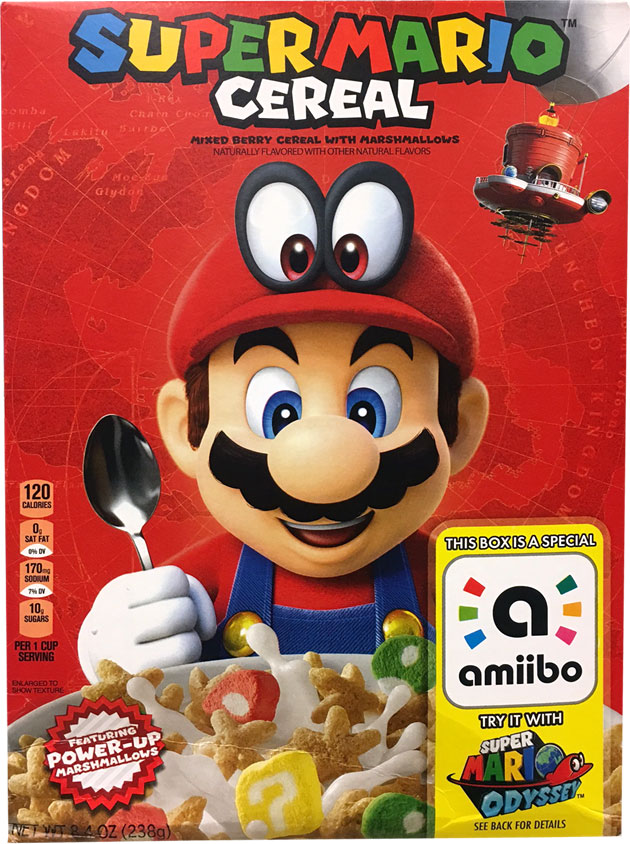 The back also features a maze game called "Panic In The Pipe" and a trivia quiz titled "Are You A Mario Maestro?"

The main cereal pieces are shaped like stars. The marshmallows are likely meant to represent mushrooms, question blocks and Yoshi eggs. 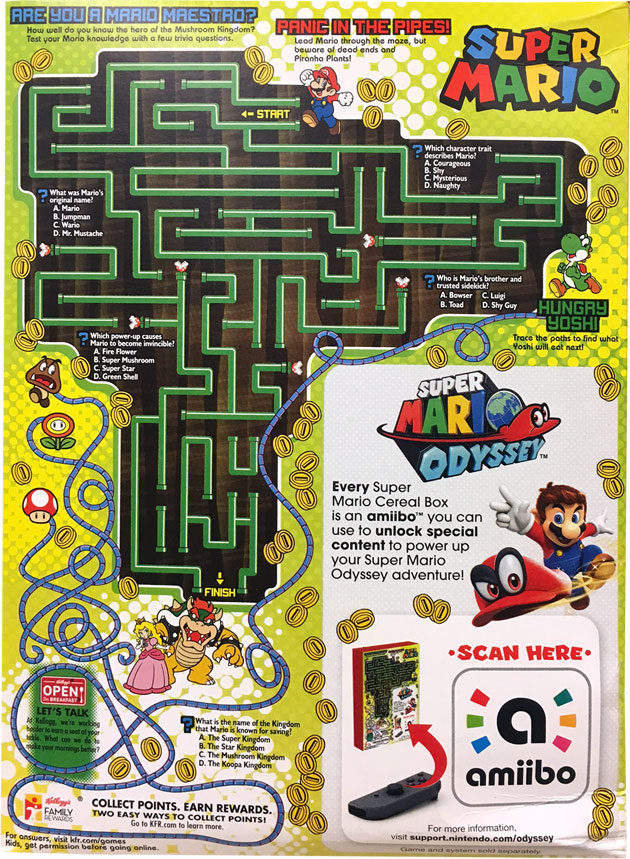 The cereal was official released in December of 2017, but it didn't reach most grocery stores until early 2018.


Click here to see all cereals from Kellogg's.
This cereal belongs to the following Mr Breakfast Cereal Families:
Upload an image for this cereal
Comments About This Cereal
What do you think of Super Mario?

The cereal is actually pretty good. The berry flavor is not overwhelming or intrusive, and the marshmallows don't taste stale like Lucky Charms has been lately. The only major problem is that, for the price, the box isn't very large. Worth trying out if you can find it on sale.

It's basically Lucky Charms with a fake berry taste on the star shaped cereal pieces. Not worth getting unless you are a collector or either cereal boxes or Nintendo stuff.