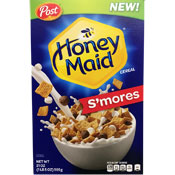 The back of the introductory box described this S'mores cereal like this:

"Satisfy your s'mores appetite right in your cereal bowl with chocolatey goodness, sweet marshmallows and the delicious taste of Honey Maid Graham Crackers. Never have s'mores indoors been so delicious." 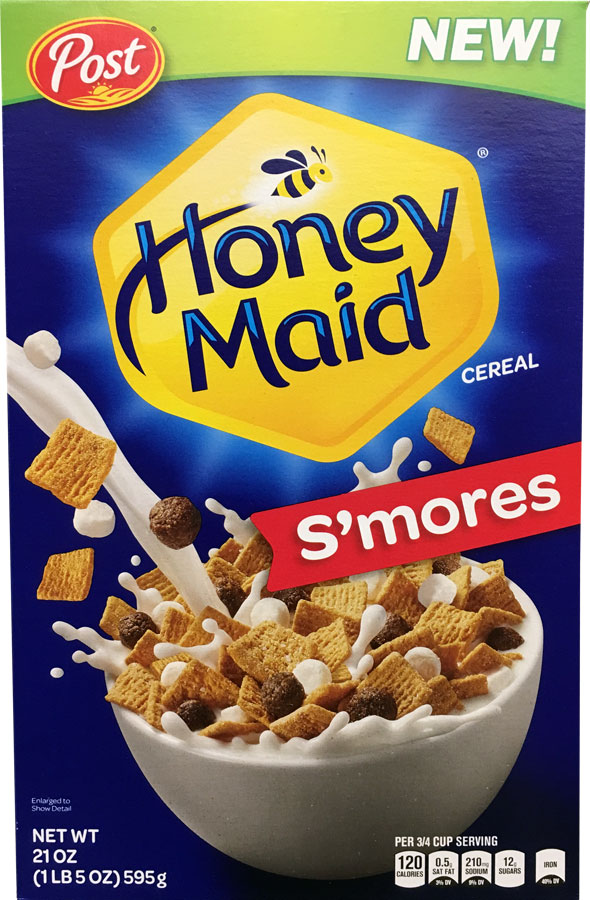 The side of the box had "S'mores Trivia" which revealed that Americans buy 90 million pounds of marshmallow per year; that the first Honey Maid Graham cracker was made in 1925; and that National S'mores Day is on August 10th. 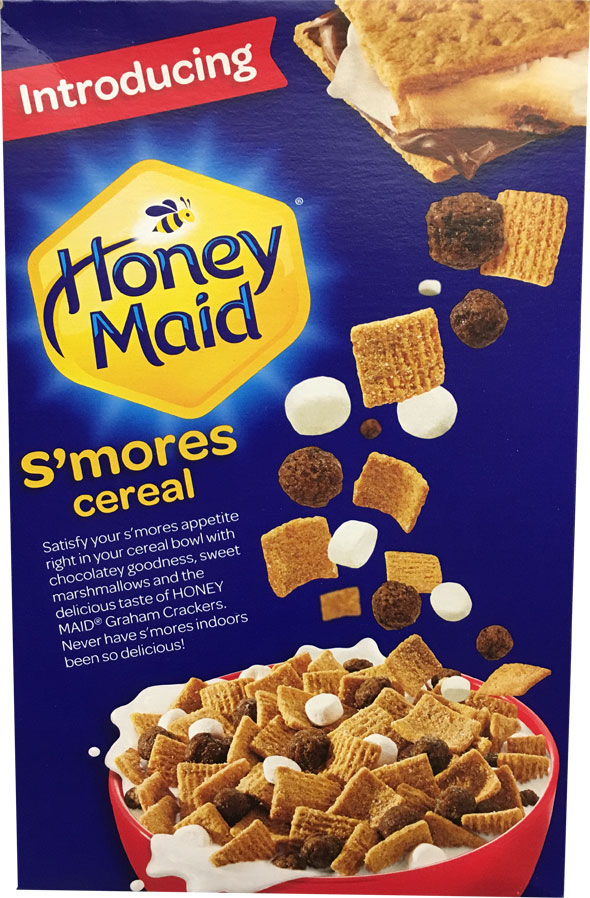 
Click here to see all cereals from Post.
This cereal belongs to the following Mr Breakfast Cereal Families:
Upload an image for this cereal
Comments About This Cereal
What do you think of Honey Maid S'mores?

One of the best cereals I have eaten! I love it dry with milk or with unsweetened Silk. And it does get close to s'mores taste! My family just loves it box after box. Yum.

Love this cereal. Can not find it anymore, so I guess I will have to order it online.

There was absolutely no chocolate pieces in the entire box. Very disappointed. I would like to try the cereal again, but not sure I want to risk the disappointment.

Having a hard time finding it, since I bought the first box. Really tasty dry as a snack and even better with milk!