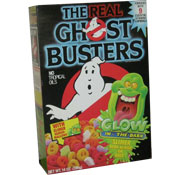 When this cereal - the first of the three - first hit shelves, an ad with the following song hit television:

The following text is from the Ghostbusters cereal box and coupons for the cereal: 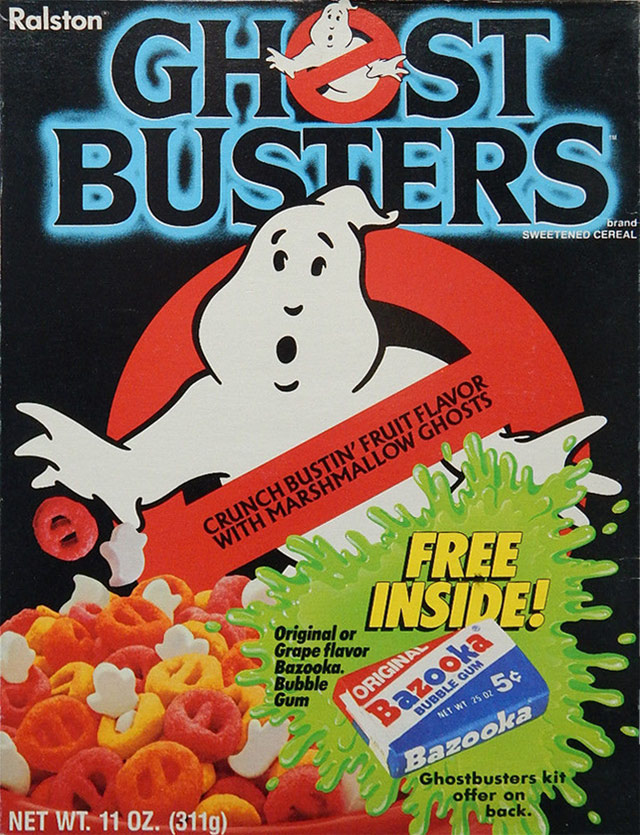 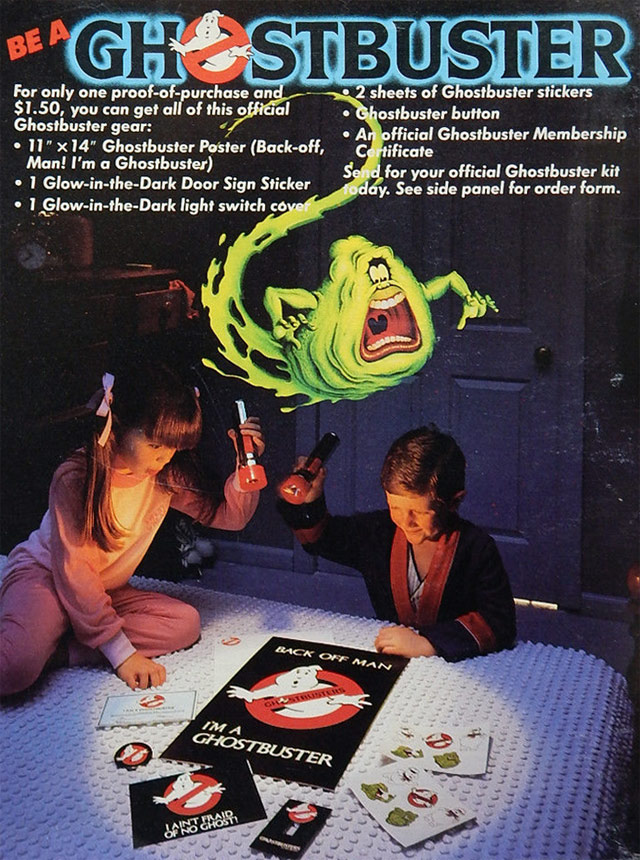 In 1989, Ralston introduced Ghostbusters II cereal as a tie-in with the release of the film Ghostbusters II. Once again, the actual cereal appeared to be the same.

Submitter: Mr Breakfast
Uploaded: 10/7/2008
Additional details
Upload an image for this cereal
Comments About This Cereal
What do you think of Ghostbusters?

I'm interested in buying unopened Ghostbusters cereals. Email pwgh33 at gmail dot com if you have any!

They had a free bubble gum offer.

I have three unopened boxes of Ghostbusters Cereal. Reply here if interested.

I used to eat two heaping bowls of this stuff on Saturday mornings, sometimes three if I was being an especially disgusting pig. It was delicious. For a while they were doing boxes that had a hologram of the logo on the front. I still have the hologram I cut out of one, but sadly not an intact box.

Wish it would make a come back. I would do anything to have that taste back in my mouth again. They could bring it around for Halloween time as a limited edition cereal.

Loved this cereal. The commercial song is so bad and I remember it's the same one for Ghost Busters II - just the logo ghost is updated. I wonder if those kids got PAID again? ;)

I'd like a case delivered to my house ASAP. So get busy making some more of the Ghostbusters cereal. It was my favorite. Thank you. Now get busy! Wink!

Three years ago I wrote the first review on these cereals as I have a vivid memory of eating "Ghostbusters" cereals with "glow in the dark" marshmallows as a kid, around 1985-1987... Maybe was it a "special edition"? I'm wondering if anyone else remembers eating glow in the dark marshmallows?