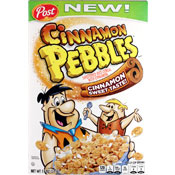 
This cereal is described on the front of the box as a "sweetened rice cereal with cinnamon" with "cinnamon sweet taste". As most Pebbles cereals tend to do, the initial box of this cereal featured Fred Flintstone and Barney Rubble on the front.

The back of the first box had a clever activity panel titled, "Can you do these ten things before the box is empty?" with a goofy items like "Do a silly dance" and "Smell a flower."

The ingredients in Cinnamon Pebbles are rice, sugar, hydrogenated vegetable oil, salt, cinnamon, caramel color and a smattering of vitamins and minerals. 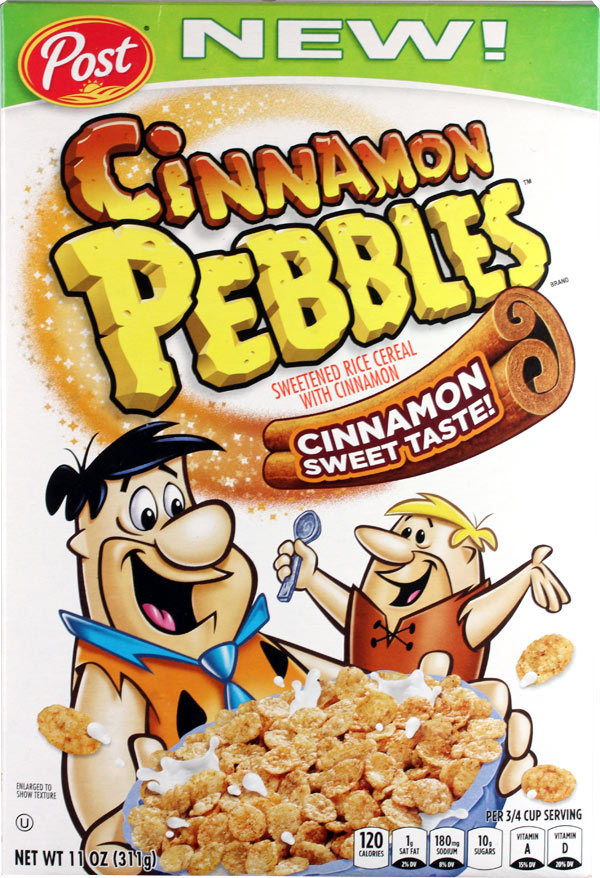 Can a cereal have too much cinnamon? Some will probably think so. During the first couple of spoonfuls, I thought the extra bold cinnamon flavor was exciting. By the 5th spoonful, I thought it was a little overpowering. By the final spoonful, I was glad my cereal was done. Cinnamon is fun. Too much cinnamon is not. I'll continue to get my main dose of cereal cinnamon from the superior Cinnamon Toast Crunch and my main servings of Pebbles from Cocoa Pebbles. I give this cereal 3 out of 7 golden eggs. 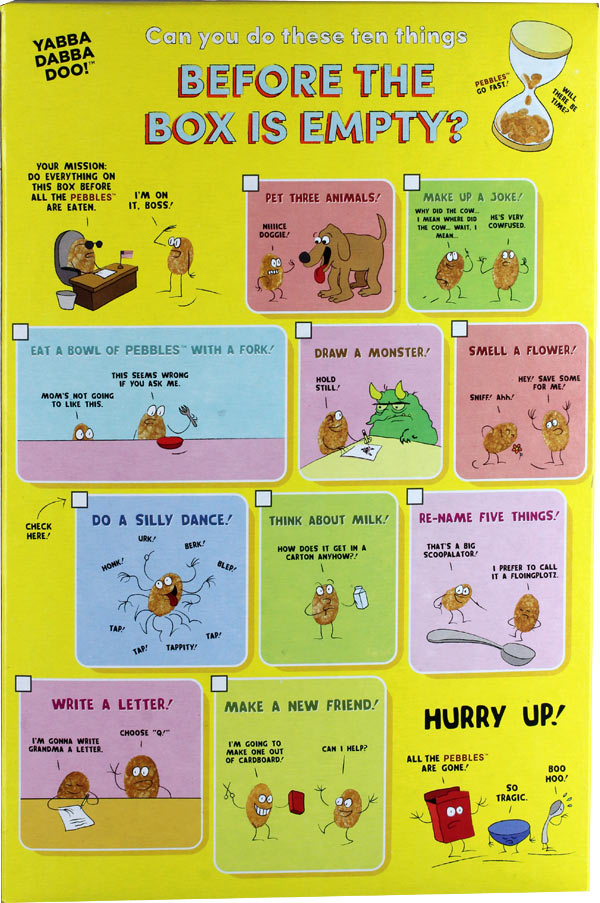 Terrible cereal. If you ever tried dumping cinnamon on toasted white bread, that's the unpleasant experience of this stuff.

This is the best cereal ever and its GF to boot, plus I get my dose of cinnamon and I love it.

One of the very best cereals of all time!