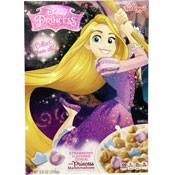 The back of each box features a short bio of that cereal's princess under the heading "Dream Big, Princess", a cut-out activity and a find-the-hidden-objects puzzle. 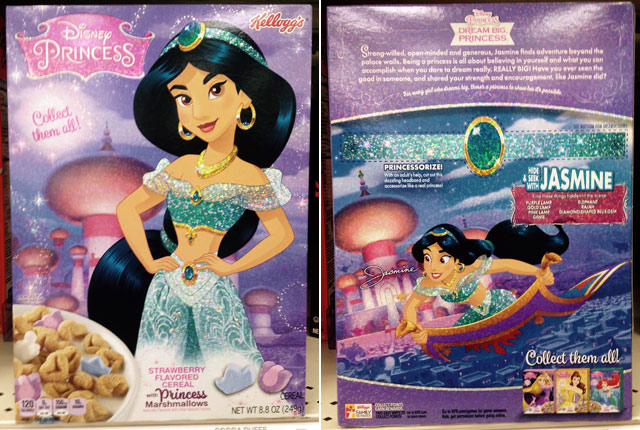 The main cereal pieces are shaped like hearts (somewhat reminiscent of Quaker's Whole Hearts cereal) and marshmallows shaped like a crowns and flowers. Although the flowers could also be perceived as the tops of wands or feminine horseshoes. 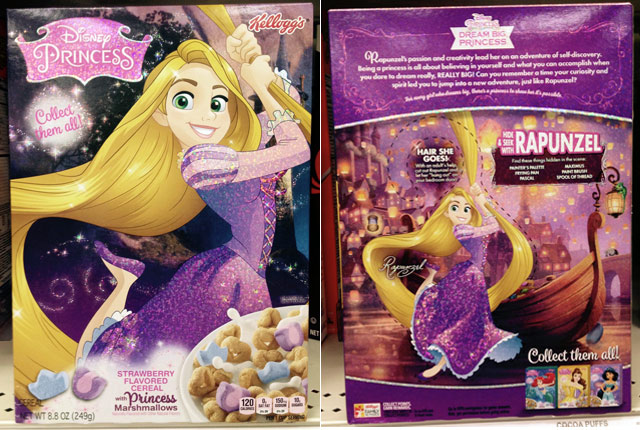 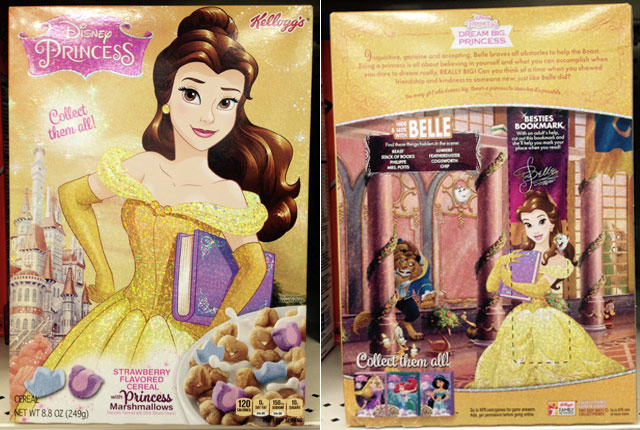 While the introductory boxes indicates this cereal was produced in 2016, we didn't see it available in stores until January 2017.

This cereal should not be confused with Princess Cereal from 2004. While that cereal was also brought to us by Kellogg's and Disney and also featured Ariel and Bell and was also strawberry flavored, it was much more colorful and had 2 additional marshmallow shapes.


Click here to see all cereals from Kellogg's.
This cereal belongs to the following Mr Breakfast Cereal Families:
Upload an image for this cereal
Comments About This Cereal
What do you think of Disney Princess?

Not as good as the earlier version of this cereal. Really tastes like a slightly strawberry-ed version of Lucky Charms.

It's a fine cereal with tasty marshmallows. I got the one with Rapunzel on the box.