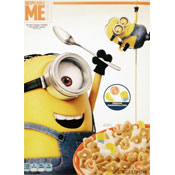 
This cereal is described on the front of the box as a "Minion made brown sugar vanilla flavored cereal" with "Minion Marshmallows."

The cereal arrived in stores several months before the film Despicable Me 3, which is set to premiere in theaters in June 2017. The box indicates that the cereal was introduced in 2016, but we didn't see it arrive in stores until January 2017.

The box that we got had an activity panel on the back titled "Morning Minion Mischief" with a maze game and a comic strip. 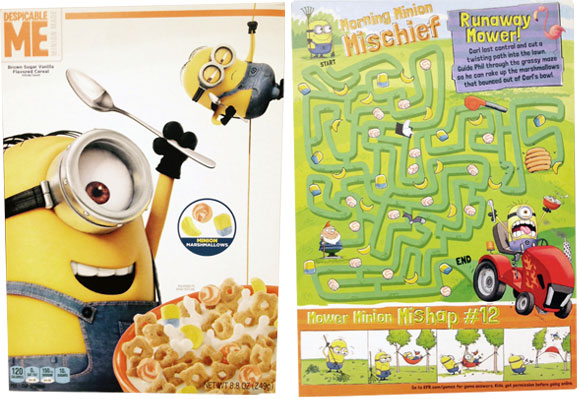 Interestingly, General Mills introduced a cereal called Minions in 2015 in support of the film Minions introduced that same year. The original Despicable Me film which introduced the Minions characters came out in 2010.


Click here to see all cereals from Kellogg's.
This cereal belongs to the following Mr Breakfast Cereal Families:
Upload an image for this cereal
Comments About This Cereal
What do you think of Despicable Me?

Tastes so good. Hope it stays available for a long time.