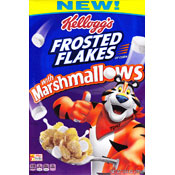 The back of the box gave this description of Kellogg's Frosted Flakes With Marshmallows:

"First time ever! Kellogg's Frosted Flakes With Marshmallows! Why didn't someone think of this before? Seems obvious, right? The gloriously delicious cereal you love, now with little sweet and crispy marshmallows. We live in amazing times, my friends. Now we have the cereal to prove it."

This is the first time we've seen marshmallows described as "crispy". There is - in fact - absolutely nothing crispy about them. They are truly "sweet" however. 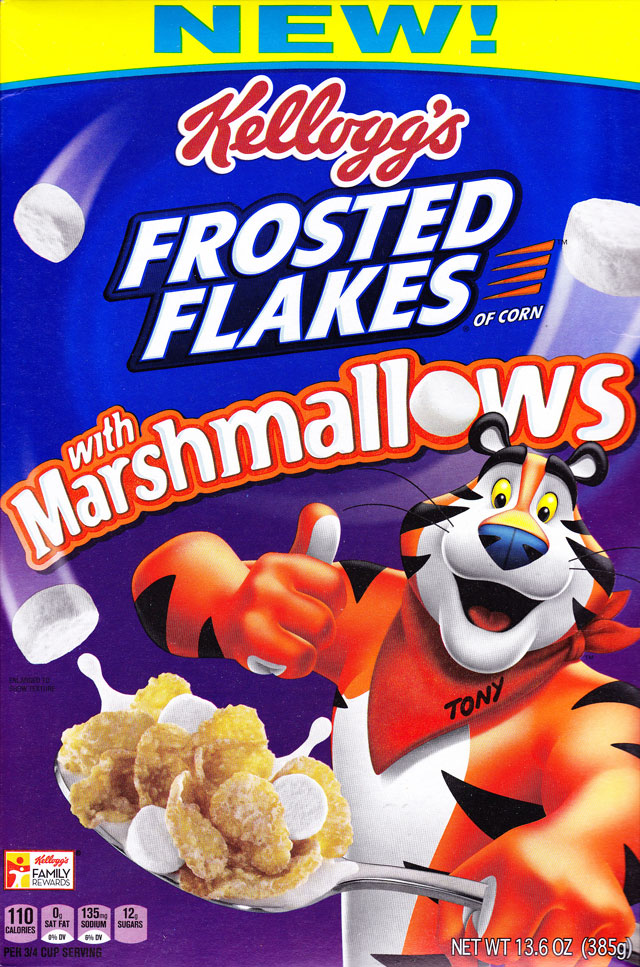 The ingredients listed on the introductory box are milled corn, sugar, contains 2% or less of malt flavor, salt, corn syrup, modified corn starch, dextrose, natural and artificial flavor, gelatin and BHT for freshness. There is also a smattering of vitamins and minerals. 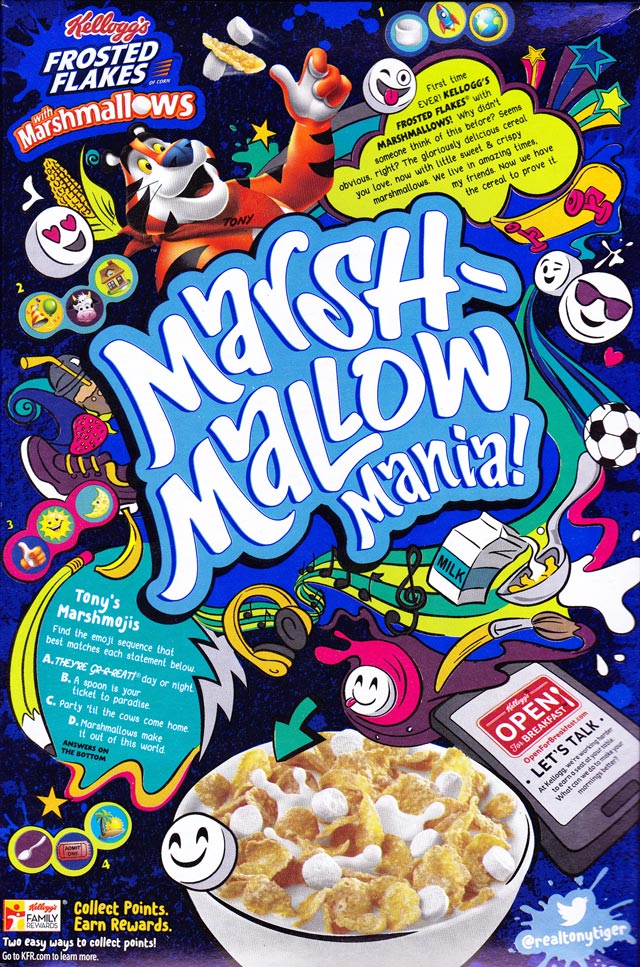 The back of the first box features an activity panel titled "Marshmallow Mania!" with a puzzle called "Tony's Marshmojis" where kids are instructed to "find the emoji sequence that best matches" a particular statement.


Click here to see all cereals from Kellogg's.
This cereal belongs to the following Mr Breakfast Cereal Families:
Upload an image for this cereal
Comments About This Cereal
What do you think of Frosted Flakes With Marshmallows?

In theory, this is a great idea. After all, Frosted Flakes are one of the true icons of the cereal world, and everyone likes marshmallows, right? Sadly, the execution leaves something to be desired, regular Frosted Flakes have the perfect amount of sweetness; adding marshmallows tips the scales too far and makes the cereal unpleasantly sugary. It's not awful, but it's not nearly as good as the original. Points to Kellogg's for giving it a shot, but this really doesn't need to exist.

Is it any good? Who's tried it? And would it be better with chocolate flakes?